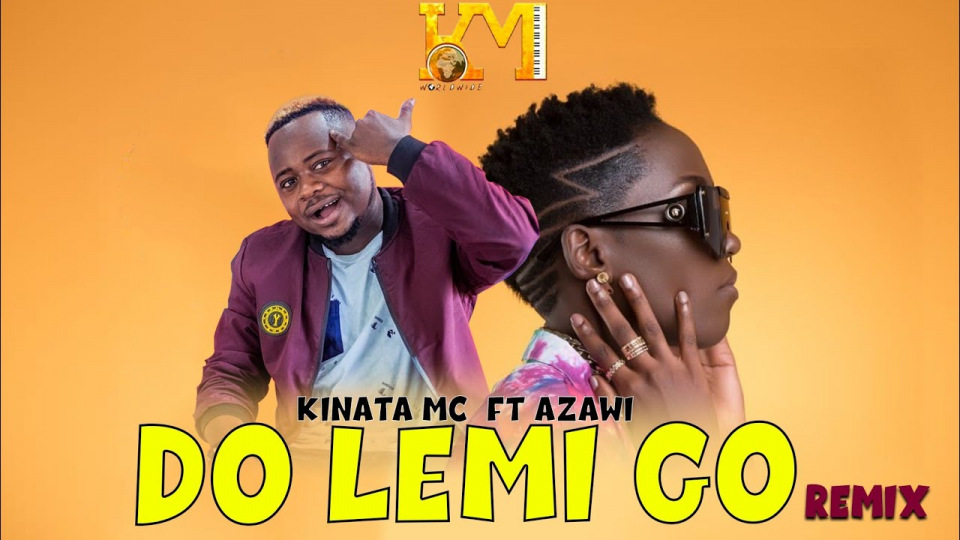 Celebrated Ugandan singer and songwriter Azawi has teamed up with Tanzanian recording artist Kinata MC for a remix of the latter’s 'Do Lemi Go’ hit.

The remix addresses a toxic relationship where both lovers beg each other to let go if things can’t work as expected.

Azawi jumps on the remix with a few verses sung in Luganda, English and Swahili. She focuses on a relationship that just can't work because they both can't come to a compromise.

The audio was a collaborative effort between producer Kandoro Baba and Swangz Avenue.

The original version featured Kinata MC and Konde Gang’s Ibraah. It was produced by Dj Titto and B Boy Beats.

Read Also: Azawi Explains Why She Doesn’t Rank Herself in the Ugandan Music Scene

With the collabo, Kinata MC and Azawi hopt to tap into each other’s’ fan base while expanding their brands outside their borders.

Currently, the Swangz Avenue diva is trending with her viral hit dubbed ‘My Year’. ‘My Year’ is the first release off her forthcoming debut album expected to drop soon.

Despite her good music, Azawi recently revealed that she doesn't rank herself in the music industry. According to her, every artist plays a different role, therefore it is unfair to rank or compete since all musicians are unique in their own way.