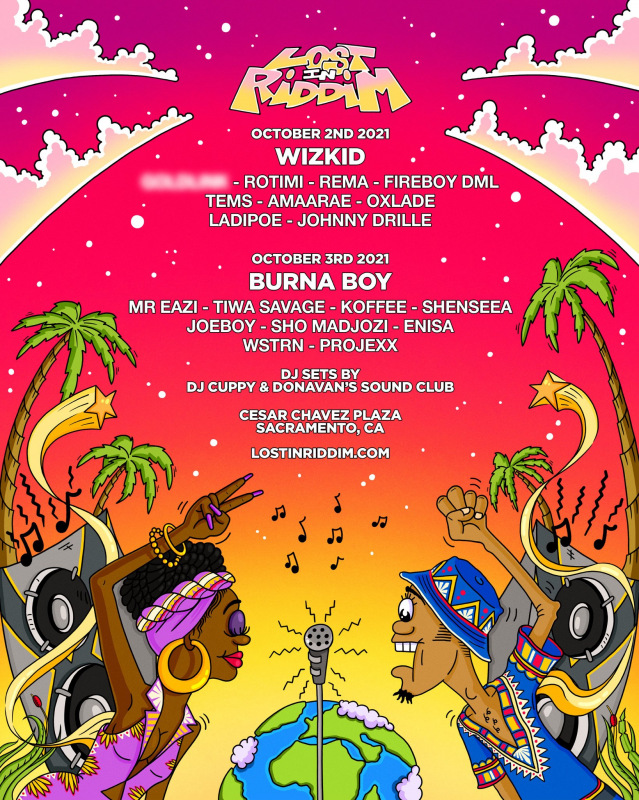 Burna Boy and Wizkid have been listed among a host of top Nigerian musicians that will be gracing a newly created afrobeats and dancehall music festival dubbed ‘Lost In Riddim’.

The festival’s debut edition has been scheduled to be held on October 2nd and 3rd this year at Cesar Chavez Plaza, in Sacramento, California.

According to a poster that has been shared on various social media platforms, two different artists will be performing on each of the two days of the Lost In Riddim festival.

Nigerian disk jockey DJ Cuppy will be part of the deejays.

According to a statement from one of the founders of the event, ‘Lost In Riddim’ will be used to celebrate the beauty of African culture.

“We created this event to not only showcase some of the most popular international music artists in the entire world, many of whom continued to be overlooked by major US music festivals but also create a unique celebration about the beauty of African culture, Fornati Kumeh and Jehu Hunter who are co-founders of the festival said in a statement quoted by The Fader.