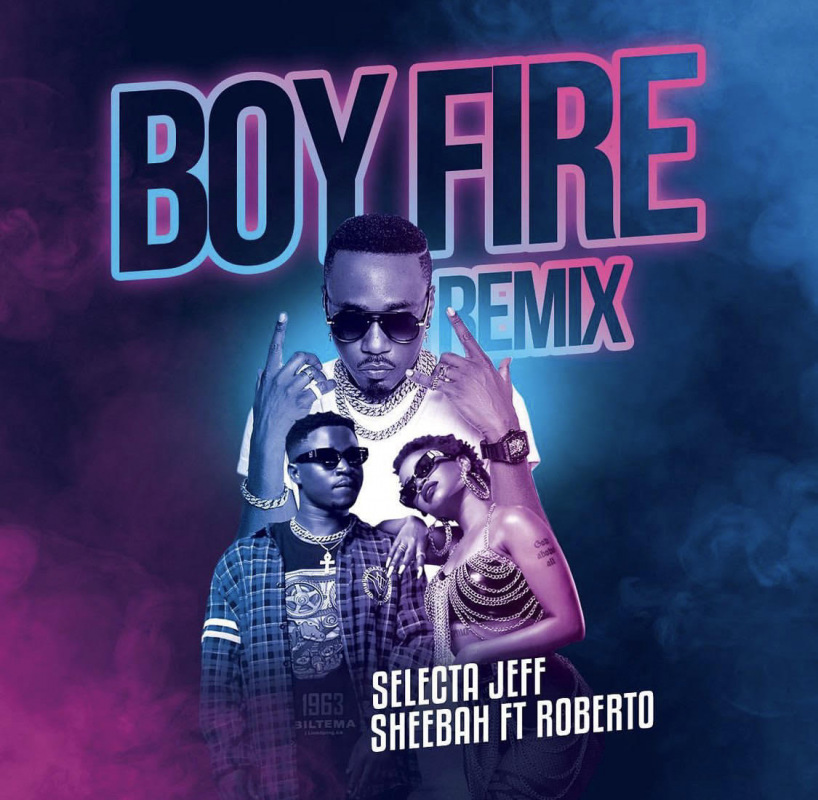 The ‘Boy Fire’ video dropped a couple of months ago and went viral due to its amazing beats and explicit dance moves.

The popularity of the song may have prompted Roberto who was in the country in June 2021, to jump on the remix.

In 'Boy Fire' remix, the Team No Sleep singer delights in the way her man handles her, asking for 'more fire'.

Roberto comes through in the second verse drooling over Sheebah's fire body.

The dancehall track was produced by B.I.T and Roberto has termed it the Remix of the year in Africa.

Featuring in the remix is a big win for him as he digs into Sheebah and Selecta Jeff's Ugandan fans, with a hope of building a support base in East Africa.

Many fans have expressed concern at the fact that Roberto's verse comes at the end, making it an addition more than a blend. According to netizens, his verse should have come before the chorus or blended in the first lines.

Either way, the two artists complemented each other well with Selecta Jeff's beats in the background making it a perfect club song.