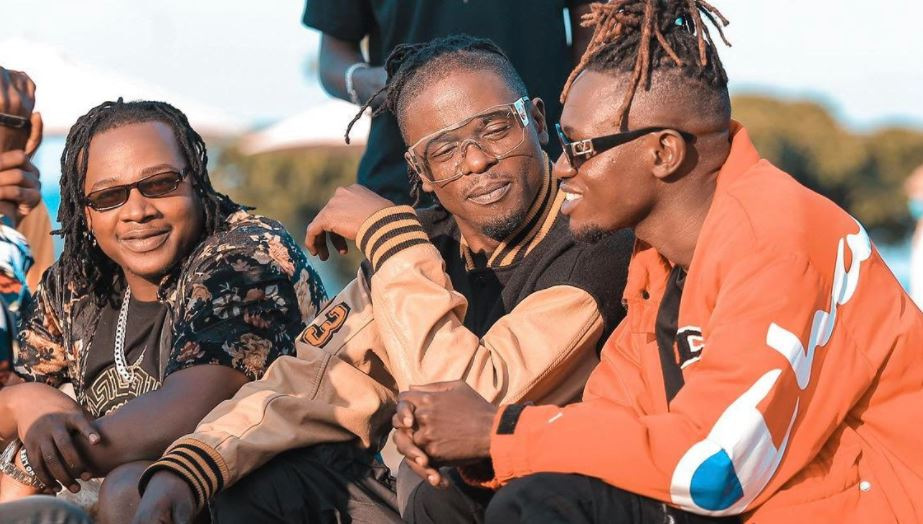 In 'Binyuma' (loosely translated from Luganda to describe something enjoyable), Dream Bouy narrates how he perfectly connects and matches with his woman. He uses Barbie and Bobi Wine's marriage as a yardstick for a true and perfect relationship.

Weasel Manizzo, known for his iconic introductions, doesn't disappoint on this jam, giving us a feel of the combination between Goodlyfe and the Firebase crew.

The audio was a joint production between top producers Artin Pro and Mesh Pan, while the video was directed by Edrine Paul of Future Trends Print.

The video was shot on a yacht with the three artists showcasing a luxurious life featuring lots of money, girls and showbiz.

Dream Buoy may not have been in the music industry for that long but he surely leaves his stamp on this collaboration with his amazing vocals. He has previously worked with top artists releasing hit singles like ‘Ongonza’, ‘Mundongo’, ‘Namara’, ‘Sonda Amanyi’ among others.

On his part, Weasel Manizo needs no introduction as his reputation in the industry precedes him.

Lastly, Zex Bilangilangi is doing so well musically. He has been dropping new jams back to back. Reports indicate that he’ll soon be releasing a new collabo with Shakira Shakiraa.