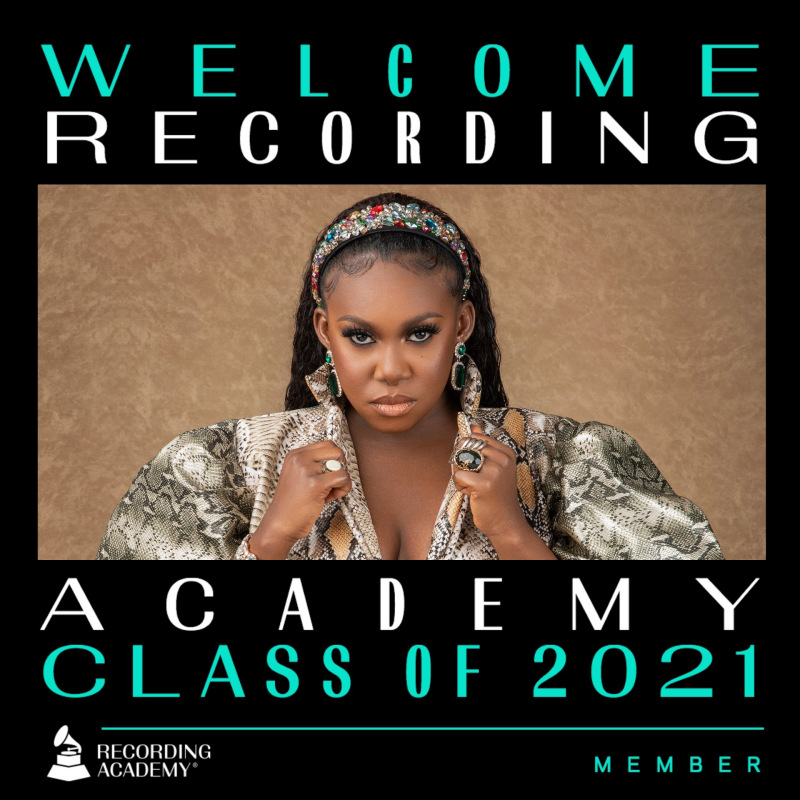 Nigerian singer and songwriter Niniola Apata, known professionally as Niniola has joined the Grammy Recording Academy, Class of 2021. The Afro-House Queen is among a group of 2,710 established music professionals from wide-ranging backgrounds, genres, and disciplines that have been inducted into the academy’s class of 2021.

Grammy is the world's leading society of music professionals and its Recording Academy works year-round to foster a more inspiring world for creators.

Individuals joining the academy are usually selected by a committee of industry peers based on their exceptional contributions to the music community. In a post on her Instagram account about her new role, Niniola said she is honoured to be part of the team.

“Hey guys, guess who just joined the Grammy Recording Academy... As part of the new @recordingacademy member class, I’m honored to have an opportunity to celebrate, represent, and give back to the music and its creators. #WeAreMusic,” she posted.

The website of the academy notes that the recording academy members are a collective voice that together creates a better world for music and its makers, and has the ability to move the industry forward.

Recording Academy membership is a privilege reserved for those whose excellent professional accomplishments are matched by their passion for the music community.

Niniola participated in the sixth season of Project Fame West Africa in 2013 where she finished third runner-up. One of the highlights of the 34-year-old singer is in 2019 when elements of her single ‘Maradona’ were sampled in 'Find Your Way Back', a song from Beyoncé's soundtrack album ‘The Lion King: The Gift’.

Niniola was also credited as one of the track's songwriters and composers and in April 2020, she received her Grammy nomination certificate for her work as a composer on ‘The Lion King: The Gift’.