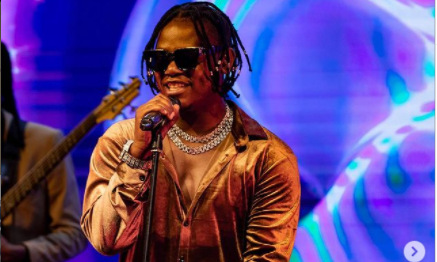 ‘Katapilla’ is an upbeat jam that addresses matters of the heart. The Rwandan crooner comes of soft but charismatic with ‘Katapilla’ which was produced by Igitangaza Music Label.

‘Katapilla’ is sung in Rwandese, Kiswahili and English creating a nice mix that appeals to Rwandan natives and the international market.

The new song has a close semblance with ‘Saa Moya’ another mega hit that he did in 2020 at the height of a nationwide lockdown.

‘Katapilla’ has been received well and has over 20,000 views on YouTube a few hours after its release; an indication that it is set to be a massive tune.

‘Katapilla’ is one of the projects Bruce has released after signing with Tanzania’s Cloud9 Entertainment in a bid to take his music to the international level.