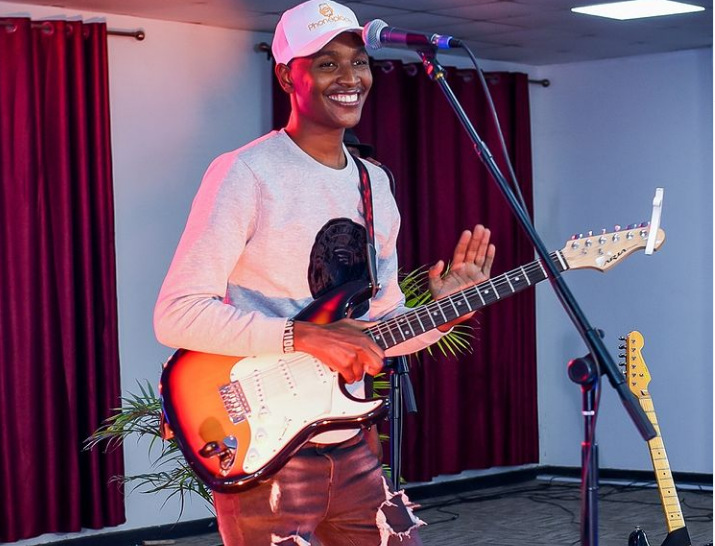 Talented Kenyan comedian Njugush has thrilled fans with Samidoh’s impersonation on his YouTube channel. In one of his hilarious YouTube videos titled ‘Types of Kikuyu Musicians, Njugush impersonated Samidoh’s signature smile in comparison to other Kikuyu artists who don’t smile as often as him when performing.

Armed with his guitar like most performing Kikuyu artists, Njugush divided the video into two parts, capturing ‘Wako Tu/Non-Smilling’ artists versus Samidoh. Although the video is meant for entertainment, Njugush perfectly captured the importance of smiling and engaging with your audience while performing using Samidoh and his current success as a great example.

Reacting to his video, fans praised Njugush’s artistry and talent, with many connecting with Samidoh’s impersonation in the comment section.

“Hiyo part ya Samido nailed it,” one fan praised.

On the other hand, some fans took this opportunity to congratulate Njugush for reaching half a million subscribers on YouTube, with many dubbing him as their role model.

“My role model, this man motivates each day that passes, and I always find that we have so many things in common,” one fan praised.

Meanwhile, Samidoh is currently flying high in the Kenyan music scene, with most of his music videos garnering millions of views on YouTube.

His latest jam ‘Ihinda Ringi’ which he released a while back has also been doing well and already has over 900,000 views. ‘Ihinda Ringi’ is a prayerful Kikuyu song in which Samidoh thanks God for always being there and giving him another chance when he falls.

The visuals are also minimalistic featuring Samidoh in the wilderness.