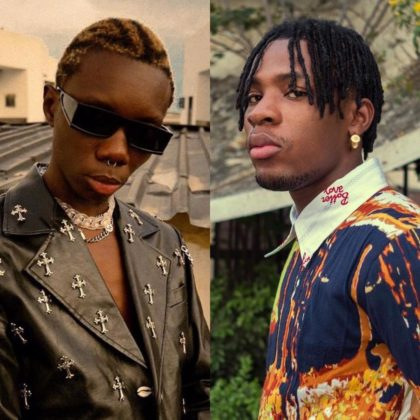 Three Nigerian albums have been listed among the best projects to have been released this 2021 so far, by two different renowned music publications – Billboard and Rolling Stone.

Interestingly, all three are debut albums.

Early last week, Billboard, an American online magazine named Teni’s ‘Wondaland’ album among the 50 best albums of 2021, while Rollingstone, an American monthly magazine that focuses on music, politics, and popular culture, a few days ago, listed Joeboy’s ‘Somewhere Between Beauty and Magic’ and Blaqbonez's ‘Sex Over Love’ among their list of ‘Best Albums of 2021’.

The album has only one featured artist – Davido, who was involved in the lead single ‘For You’ that currently ranks among the most-watched music videos by a Nigerian artist released this 2021.

- Somewhere Between Beauty and Magic – Joeboy

Joeboy released this album in February 2021.

The 14-track project was recorded over the last year with a team of producers including such notables as Dëra, BeatsbyKO, Killertunes and E Kelly.

Explaining his choice of the album title, Joeboy said; “The plan was to come up with a title that best describes love, without actually using the word love, hence Somewhere Between Beauty & Magic. Because love is a perfect blend of beauty and magic.”

Blaqbonez released this album on April 30, 2021, and it quickly rose to be a number one album on various Digital Service Providers in Nigeria.

A stand-out single off the album is ‘Bling’ featuring Buju and Amaraee.