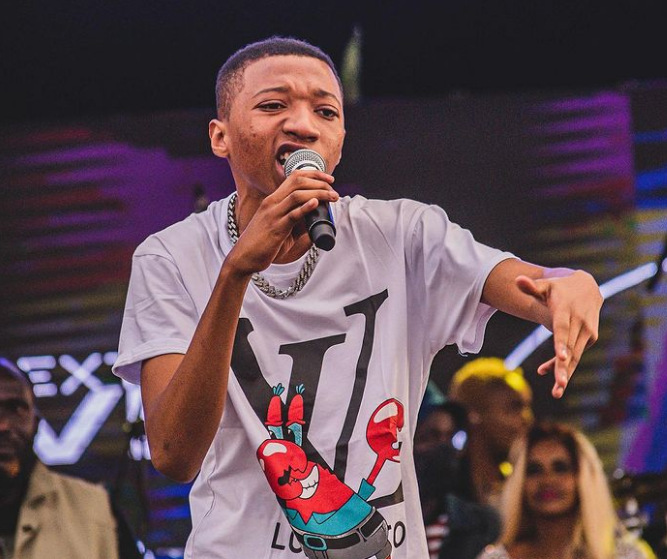 In ‘Ule Msee’, Trio expounds on his undeniable talent, as he fires shots at those who’ve been criticizing him.

The song proves his top-notch lyrism as he lays down well-versed lyrics to the upbeat instrumental.

The visuals which were shot by Philip Dolin and Edited by Anthony O Sore feature Trio in a black and white aesthetic, in front of the microphone, rapping without missing a beat.

The freestyle has been received well by fans who took to several social media sites praising Trio for his massive talent.

“Trio Mio is a generation talent, mad respect to him,” one fan commented.

The freestyle which was recorded, mixed, and mastered by King Pheezle already has over 26,000 views in just a few hours.

Meanwhile, every new song from Trio triggers a new discussion on Twitter as netizens compare his career trajectory with that of the late E-sir, and this freestyle was no different.

As always, old school fans called for respect for the late E-sir, while the younger generation leaned on Trio’s music sound.

“Every time Trio Mio releases a song or rap, comparisons to Esir always pop up. Some get angry that a legend is being compared to a new kid on the block, some see him as the best reflection of the best we ever had. Whichever way you see it let us embrace his stardom,” a fan tweeted.