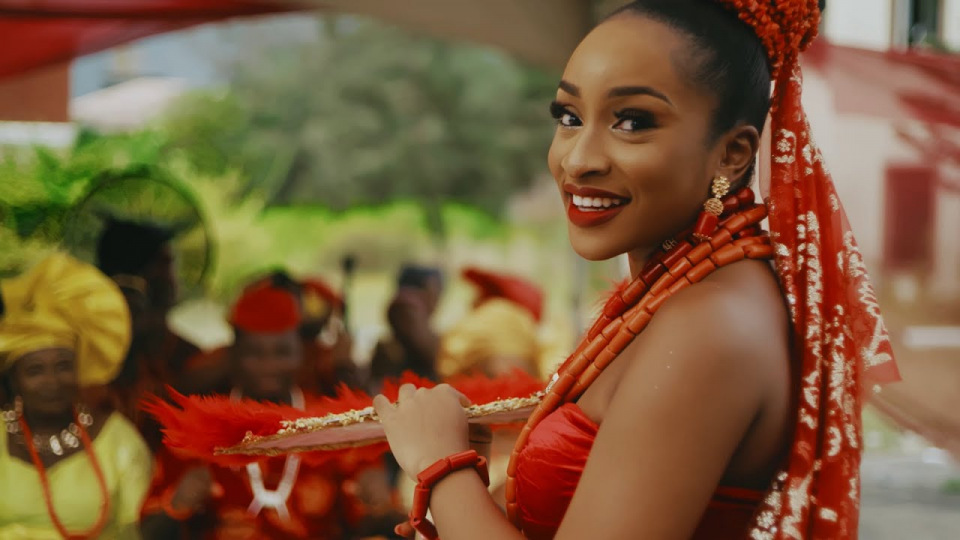 Nigerian singer and songwriter Chike has released the official music video for his hit single 'Roju'.

'Roju' still ranks as the biggest single off Chike's critically acclaimed debut album 'Boo of the Booless' and the new video is set to even raise the song's profile.

In 'Roju' visuals that premiered on June 9, 2021, Chike celebrates enduring love and diverse cultures with a wedding extravaganza.

The video directed by Pink for Pinkline Films can simply be described as beautiful and stunning. Watching 'Roju' video, you will get to have a taste of a variety of traditional Nigerian weddings.

Chike somehow manages to represent a couple of Nigerian ethnic groups in this video, showcasing cultural richness, diverse traditional attires, not to mention the on-point choreography.

Just as other guests who attended the wedding in the 'Roju' video, the bride and bridegroom - a role played by Chike, are very well beautifully dressed.

'Roju' is the second music video that Chike has released this year, a follow up to the hit single's 'Running (To You)' featuring Simi whose video is currently the most-watched by a Nigerian artist released in 2021.

'Running (To You)' visuals released in February have, to date, over 13 million YouTube views.