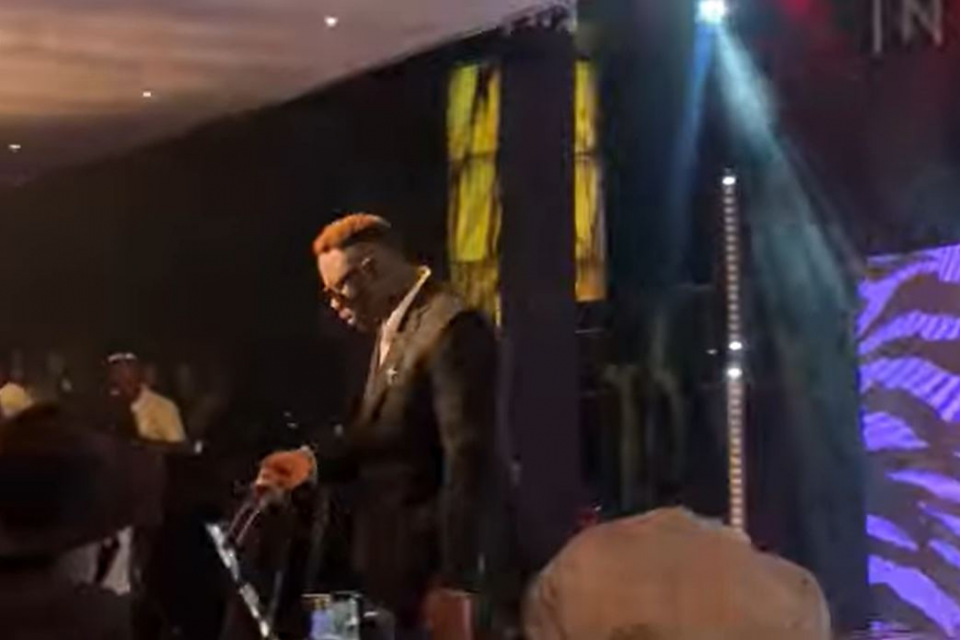 Ghanaian rapper Medikal has finally given reasons why he walked off the stage, leaving his colleagues Kelvnboy, Kuami Eugene, Kweku Smoke, and his label mate AMG Armani.

In the video going around on social media, the musician is seen walking off the stage after performing his part of the song that the group had prepared for the 2021 4Syte TV Music Video Awards held on Friday, May 28th, Accra.

Speaking in an interview with Daybreak Hitz, Medikal said that his actions were not out of spite. He explained that he was paving the way for Kuami Eugene to take up the stage and perform his part of the piece. According to him, his actions was a way of preventing overcrowding on the stage, as many people were on the stage at that particular time.

“I didn’t walk off stage to disrespect anyone…” he maintained. “It was planned that after we’re done performing that song, we were all going to get off stage for Kuami Eugene to do other performances. It’s a song we recorded for 4Syte TV. After doing my verse, I thought we were all supposed to leave, but my colleagues were still on stage because they were not done with their part; I was done... It wasn't a disrespectful act at all.“I went to sit down. I wasn’t angry.  If I was angry, I would have left the venue,” he explained.