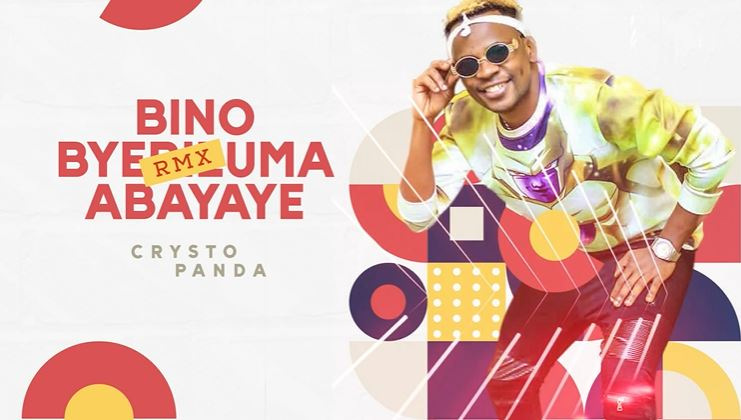 The original version of the song dropped last year and received its massive airplay across Ugandan media.

Despite clubs being closed, the jam managed to create its own mileage and Crysto Panda felt a remix was necessary to maintain the hype.

Quite different from the original version, Crysto Panda goes all out as he describes what happens at a night out in a club.

The remix is perfect for party lover as they’ll totally relate with the message in the song. It is unfortunate that the entertainment sector is still on lock down, and as such, the song cannot be performed in clubs.

When he released the original version of 'Bino Byebiluma Abayaye', he was criticised by netizens and some artists who felt he did not meet the cut.

One of such artists was Mun G who said: “But now I think we can all agree that it is not that easy for everyone to make a dope song off a good slang," Mun G tweeted.

Responding to Mun G, Crysto Panda slammed him for trying to pull down young talent instead of supporting them in the music industry.

"I expected some big artists to act mature and pull up the young ones but instead they still behave and act like upcoming artists who are still fighting for fame it’s a pity," Crysto responded.