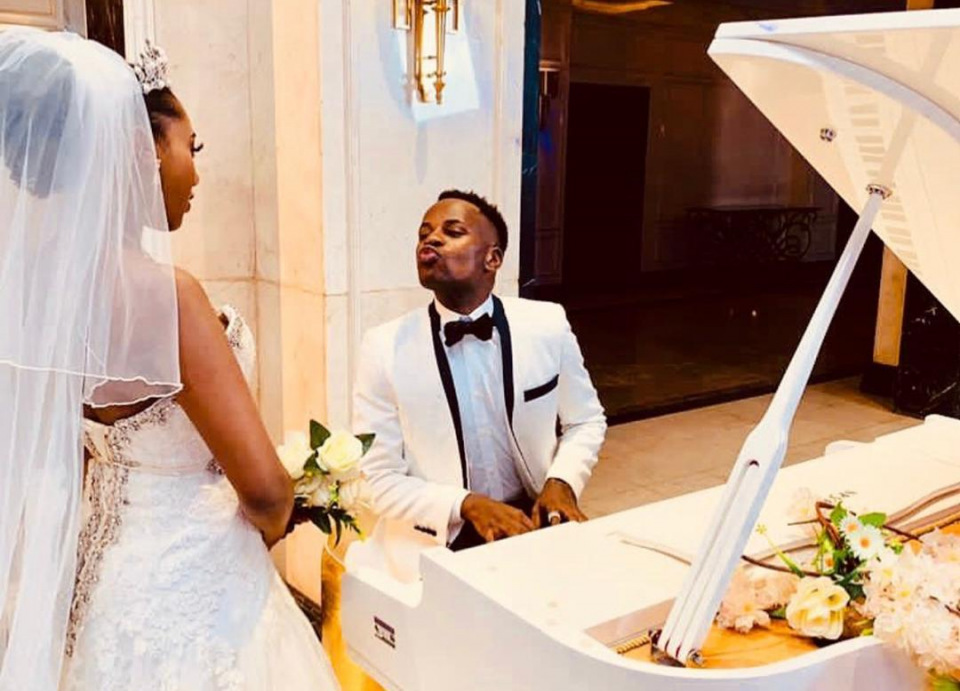 In 'Nkwepikira' (a term used to describe the feeling of longing to finally meet your lover after a very long time), Crysto Panda tells his woman how he can't wait to be with her.

The audio was produced by award-winning producer Nessim Pan Production, while the video was shot and directed by Swangz Avenue's videographer Marvin Musoke.

The visuals were shot on a tennis court and Crysto Panda alongside his boys pull up these interesting dance moves.

Crysto Panda first created hype for this music video on his social media handles by sharing photos showing him clad in a suit with this bride who was acting as his video vixen.

Many fans thought Crysto Panda had finally walked down the aisle until he dropped the video.

Crysto Panda is currently at the peak of his career releasing trending songs back to back.

The youngster is also among Ugandan musicians who have managed to sign international ambassadorial deals with companies like Coca Cola, Blue Band Kenya and Bell Lager.