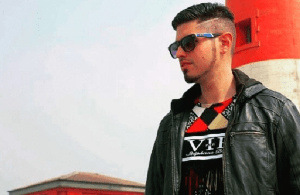 Speaking in an exclusive interview with MzGee on the entertainment segment of the TV3 New Day morning show, the Colombiana rapper said that Ghana has always known Kuami Eugene as a rockstar. Nevertheless, Sarkodie and himself are the only real Ghanaian rockstars. He further explained that being able to infuse Ghanaian English into his rap music has made him a rockstar but not Kuami Eugene.

“I am watching artiste on the internet, and I saw Sarkodie. I must say that he is dope. I can say that Sarkodie is our rockstar, and I am another rockstar. And yeah, the way he raps, his voice is hard and on point. and I saw that this is the country I should be in,”

For several years, the rapper who has been in Ghana has been able to feature several Kumerican artists on a song dubbed ‘Kumerica Escobar’.