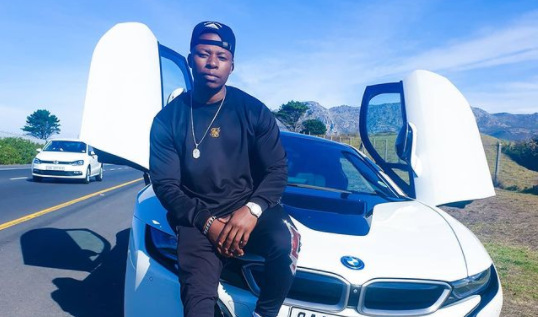 ‘Unodiwa’ is one of his four new songs that he recently released.

‘Unodiwa’ video features a gorgeous vixen as he explores the murky but interesting world of love.

For this song, the beats are slow, soothing and come with a charisma effect as Tyfah drops lyrics in Shona.

The video was shot in South Africa and captures the scenic beauty of the land. Beneath the Table Mountain, Tyfah makes love feel and look like the best thing there is in the world.

Tyfah has been receiving a lot of support from his elder brother Nox Guni who is a big brand in the industry. When he released Unodiwa, Nox alerted his fans asking them to support Tyfah in his new release.

“It keeps getting better! @tyfah_guni is making his intentions very clear as he drops these very clean visuals for his brand new song UNODIWA alongside @noxguni. Check it out on TyfahGuniVEVO channel and share with your people,” Nox stated.

This was the second song that Tyfah featured his brother Nox Guni. A few days ago, he released Misodzi Nhando featuring Nox.