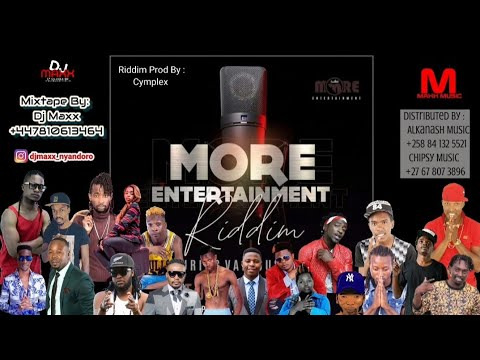 The riddim mix tape has 62 songs and features the finest dancehall stars in the land of the Shona. Top among the list is the self-styled dancehall king Freeman who is pushing with his new release ‘Pombi’.

‘Pombi’ which was produced by Cymplex has resonated well with fans who have loved it even more after a public performance days after its release.

More Entertainment riddim has been touted as the paradigm shift in the country’s dancehall history.

The riddim according to Cymplex was intentional by all intent. It came as a revival plan of the riddim culture in Zimbabwe which was seemingly dead.

Tyfah tapped on Cymplex production prowess in the production of ‘Misozi Nhando’ which is a More Entertainment riddim sweeping across Zimbabwe like hurricane.

More Entertainment riddim has been lauded by Jamaican musical bigwigs like Mr Ford and Turbulence as a big tune.