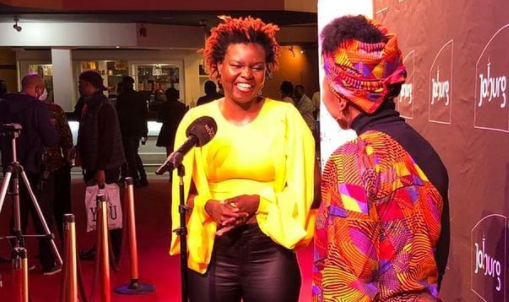 Selmor Mtukudzi; daughter of the late musical legend Oliver Mtukudzi, over the weekend brought South Africa to a standstill with an awesome performance of her father’s great works. Selmor was in South Africa for a two-day memorial event of her late father dubbed ‘Remembering Tuku’.

At the Joburg Theatre, Selmor moved the crowds with beautiful renditions of her father’s songs. For her, she maintains that her father’s music will live on even in his death.

At the theatre, Selmor and her team animated fans who pitched camped at the luxurious theatre as they celebrated a global icon who united Africa through music.

Those who attended the show praised the live performances saying they enjoyed every bit of the two-day musical affair.

Selmor is an Afro-Jazz artiste with six albums to her name. The latest is Dehwe Renzou which she released a year ago. It was produced by Steve Dyer, a South African producer.

She has been nominated for awards and won them in Zimbabwe, Nigeria and the United Kingdom.

Her ‘Nguva Yangu’ hit won numerous awards in the US, and Zimbabwe. Just like her late father, she has a band where she plays with her sister Sandra and together, they have managed to entertain and carry the family’s name to higher heights.