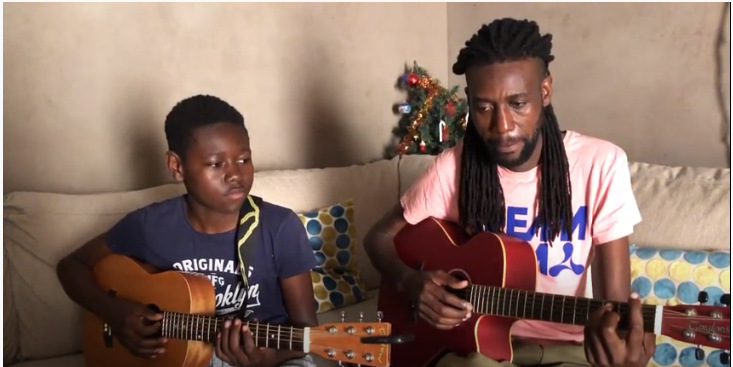 The family of the late Zimbabwean music legend Oliver Mtukudzi is not about to let music die in the family as Selmor Mtukuzdzi; daughter of Oliver Mtukudzi prepares her young son for the industry.

In a recent post on Facebook, Selmor told her fans to be on standby as her son Ben Mantasa will soon release a song in the spirit of continuing her father’s legacy.

Selmor said the young boy has been pushing her to open for him his own YouTube channel but she has been adamant because she wants to protect him from the harsh reality of the industry.

However, the pressure was too much for her that she was left with no choice other than opening the new YouTube channel.

“#UPDATE1: My son has been bugging me for a YouTube channel of his own and I have been putting him off in the hope of protecting him from this harsh industry. A lot of people thought he was good and I opened a channel for him. Please subscribe to it, we need 1k subscribers before we release his first song,” she said.

The young boy has two videos on the new YouTube channel. In both videos, he displays his innate talent in playing the guitar, something that his grandfather the later Oliver Mtukudzi was respected for in the whole world.