MzVee Expresses Disbelief in the Way Ghanaians Accepted Her Comeback 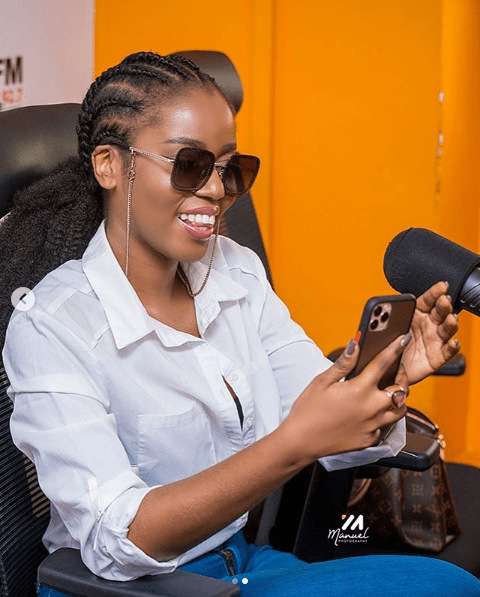 Ghanaian Songstress MzVee has expressed her disbelief in the way Ghanaians accepted her comeback, even after she had taken a break from the music scene.

The former Lynx Entertainment signee MzVee recently made a comeback to her music career after taking a break for a few years. Nonetheless, since she relaunched her career and her music has been well received and accepted by Ghanaians like she never left at all.

Wendy Shay Discloses Why She Will Stop Wearing Revealing Clothes

Speaking in an interview on Kumasi-based Luv FM MzVee revealed that she did not expect to be accepted back in the music scene after her long hiatus.

She further expressed her appreciation for the acceptance and love Ghanaians have shown her so far and asked them to keep supporting her as she plans to do greater things with her career.

Sarkodie Reveals Cause of Beef with Shatta Wale, Wants Reconciliation

“It’s been encouraging because like I’ve always been saying since I came back, I did not expect that people will have open arms for me coming back into the industry. Like I’ve been saying Ghanaians are not the people who will sit down and wait for you to take your sweet time and come back and sing to them. They are moving on, things move really quickly in this country.

People come and then everybody’s mind is on that person, it works like that in this country so I was surprised to come back and have people greet me with open arms like this, I didn’t expect it at all,” she concluded.