Sarkodie Reveals Cause of Beef with Shatta Wale, Wants Reconciliation 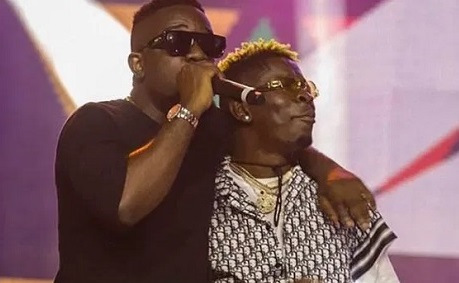 Celebrated Ghanaian rapper Michael Owusu Addo professionally known by his stage name Sarkodie has alongside confessing to missing the cool moments he once shared with his colleague Shatta Wale back in 2019 also revealed that he can't place exactly why there is even a sour relationship between him and the singer at the moment.

Speaking in an interview with George Quaye, the winner of the ‘Artiste of the Decade’ at the recent Vodafone Ghana Music Award (VGMA), Sarkodie said that even though their relationship is currently strained, he does miss the good days the two shared together.

“I still miss our chats, asks my wife, when I talk to Wale it’s not always even about music, we talk about other stuff and laugh. Those things I still miss but we need to resolve our differences as people moving forward,” he said.

“Wale has a massive support and love from Ghanaians but the extra noisy stuff would not help even if that’s his brand strategy. I keep telling Wale people love you so you should not go the extra mile, but he still say things that doesn’t look like he loves me, I can’t still be smiling and act like everything is fine when you’re crossing your lane so that is when the “Advice” conversation came in,” Sarkodie stated.

The Adonai hitmaker further said he has no idea what transpired between him and Shatta Wale. "I don't even know what is it between Wale and I now because things are not clear, he says stuff about me, and we laugh about it a lot even, but sometimes he goes overboard.”