King Promise Talks Relationship with Mr Eazi, Reveals Why He Has a Number of Collaborations With Him 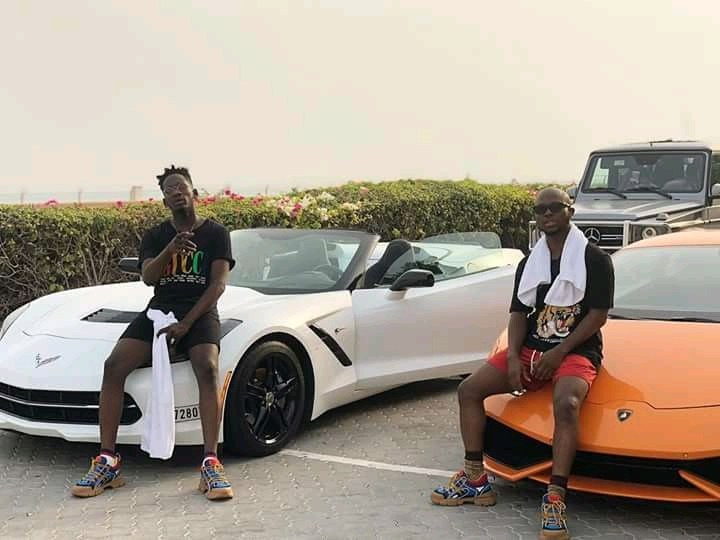 Ghanaian songwriter and singer, King Promise is known to have a very good relationship with Nigerian singer and businessman, Mr Eazi. He recently talked about this revealing why he has good relations with Mr Eazi and also why they've seemed to have collaborated a lot.

The ‘Oh Yeah’ hitmaker, King Promise, said that he has many friends from both within the country and abroad but Mr Eazi is one of the long term close friends he has. King promise revealed this information in an exclusive interview on Kastle FM in Cape Coast monitored by MyNewsGh.com where he stated that Mr Eazi is among his closest friends after he was asked why he is constantly recording songs with Mr Eazi.

“Yeah, Mr Eazi is one of my very closest friends. He’s my best friend and I have known him for a very long time,” he answered. He further added on the Kastle Drive show that he knew Mr Eazi way before he did his first collaboration with him.

“I’ve known Mr Eazi even before I collaborated with him so he's really a great friend of mine". The two best friends, Nigerian singer, Oluwatosin Ajibade popularly known as Mr Eazi and King Promise have recorded a number of songs together which include; ‘Dabebi’, ‘Oh yeah remix’, ‘Baby’, ‘Call Waiting’ ‘I’m Jealous’, and a couple of others.