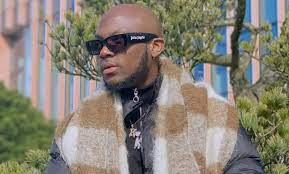 Ghana’s rising superstar King Promise is the first international musician to be signed by 5K Records and Sony Music UK. This has been a big step in his music career because the record label is set to grow the Afro-beats and high-life musician to international levels.
Born Gregory Promise Bortey Newman was born on 16th August 1995. King Promise has consistently been delivering since he began his music career. He won his first music award in 2007, and since then, he has won the hearts of many people with his incredible skills and creativity in the music he makes.

His recent track, 'Alright' that Features Ghana’s king of dancehall Shatta Wale has been a hit, and it has further taken his name high on the charts. Another great collaboration by King promise is ‘Sisa’ and ‘Baby I’m Jealous’ with Nigeria’s Mr. Eazi.
Started in the year 2020, 5K Records is a recording label working in conjunction with Sony Music UK that is headed by a duo Moe Bah and Kilo Jalloh of 2K Management & Jonathan Mensah, better known as JAE5, which led to the rise of the name 5K Records. The two partners came together with the intention of helping artists from the United Kingdom and the rest of the world to become international superstars.