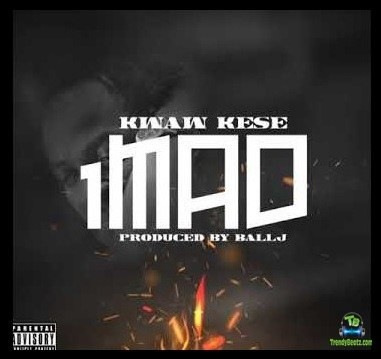 Renowned Ghanaian hiplife artist Emmanuel Kofi Botchwey, better known by his stage name as Kwaw Kese, has dropped the video for his recently released song 'IMAD.'
The multiple-award-winning artiste Kwaw Kese has been doing an excellent job with his music. His new single ‘IMAD’ that premiered on the 30th of April 2021, has already received considerable views on Youtube. With the video to the song out, more views on Youtube and positive comments from his fans are expected.

The visual, which is directed by Creative House, features Ball J., and it is complemented by a remarkable set of graphics by Isaac Obuobi. In the video, Isaac Obuobi takes the music lovers for a drive in the streets of Brooklyn, New York.
The video, which lasts 3-minutes, brings out Kwaw Kese’s daily routine through the cityscape. His daily hustle and bustle in the city with his crew is clearly brought out. There’s a smooth connection between different colors in the video that deliver a perfect and creative visual for the viewers.

Kwaw Kese is popularly known in the hood as Abodam, after his 2007 hit album Abodam. He has been able to win several music awards, five of which he won at the 2008 edition of the Ghana Music.