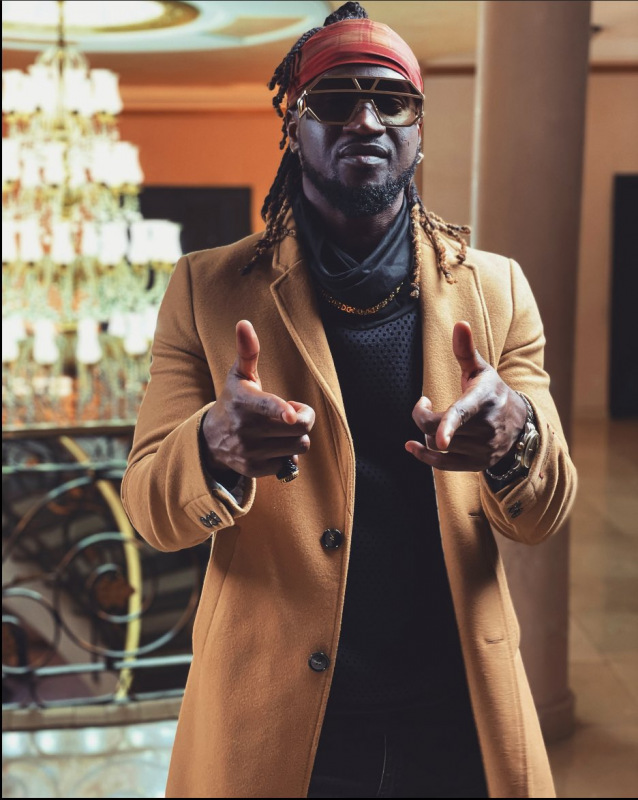 Nigerian musician Rudeboy has announced that he will be dropping his second album this year - 2021.

In a post on his official Twitter handle, Rudeboy, formerly a member of the defunct music duo P-Square with his twin brother, now Mr P, said the album will be dropping soon.

The singer made the announcement when celebrating reaching a new milestone with his hit single 'Reason With Me' whose visuals have now surpassed 100 million views on the American online-video sharing platform - YouTube.

Rudeboy thanked his fans for helping the music video get to a milestone of being his most-viewed visuals. 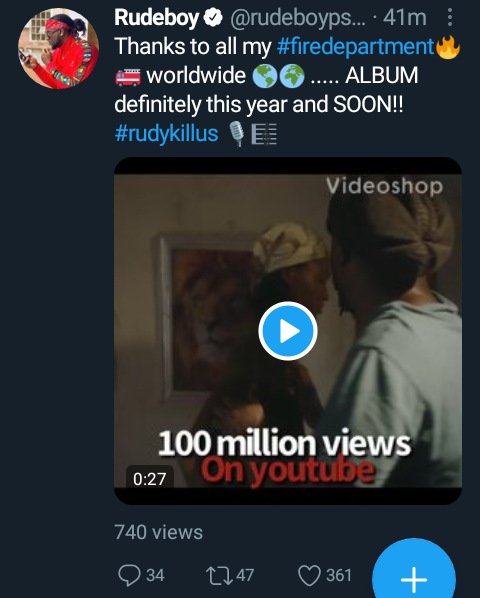 "Thanks to all my #firedepartment worldwide ..... ALBUM definitely this year and SOON!! #rudykillus," Rudeboy tweeted.

'Reason With Me' video was released in April 2019 in which Rudeboy tells a story of a woman who refused to be patient with him, because things were not going well, and opted to move out, only to beg to be accepted back later when he was doing well financially - but is was too late as he had found, and married another woman who stayed with him when he was on his low.

The song is housed on Rudeboy's 10-track debut album 'Rudeboy Hits Vol 1' that has other hit singles such as 'Chizoba', 'Double Double', 'Fire Fire', 'Woman' and 'Reality'.

It remains the biggest song that Rudeboy has released as a solo artist since the disbandment of P-SQUARE.

Reports about disbandment of the popular group first surfaced in media outlets in September 2017, after Peter Okoye (Mr P) reportedly sent a termination letter to the group's lawyer.

Prior to this report, the duo disbanded in 2016, supposedly over a disagreement about the role of their manager.