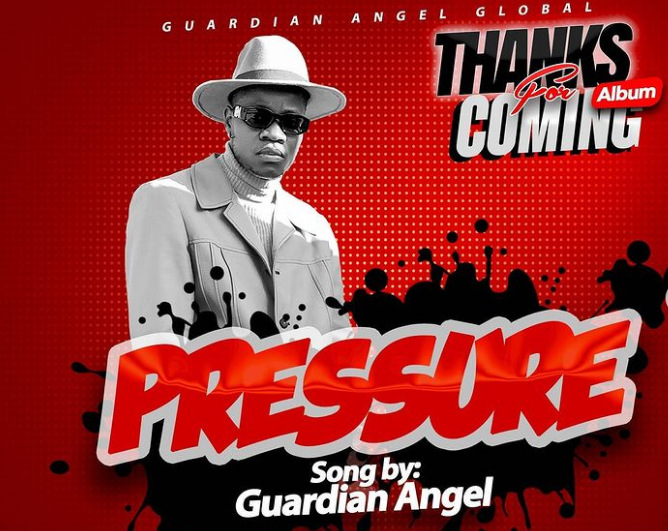 The 10-track album is a complete body of work, filled with spiritual songs with messages of God’s love and hope.

Taking to social media to celebrate the ten-track album, Guardian thanked his fans for the amazing feedback he’s gotten from the album.

“Thanks guys the Feedback is amazing,” he posted.

The first track in the album dubbed ‘Pressure’ is an upbeat jamthat sets the pace for the rest of the album. ‘Pressure’ tackles the fake social media life that people lead in order to appear successful, while in reality they are in debt and struggling to make ends meet.

‘Utashangaa’ which is the second track in the album, alludes to the hymn song dubbed ‘Count Your Blessings’. Delivering the earnest lyrics in Swahili, Guardian encourages brethren to count their blessings and name them one by one and they will be surprised by what God has done in their lives.

‘Mkombozi’ the third track, is a worship prayer song, with a message to God, asking him to send a savior today, to come and save the church.

The fourth track ‘Diramoto’ is an upbeat jam in which Guardian celebrates our African sound by incorporating African beats. In this song, he notes that just like Shadrack, Meshack and Abednego, he will sing to God even in the middle of a fire.

‘Wakati ni Sasa’ which is the fifth track, is a slightly upbeat jam in which Guardian manifests blessings in his life. The jam is a prophecy about how God is about to bless him in his life.

The sixth song ‘Nimependa’ is a groovy jam celebrating the good deeds of God in his life.

The seventh track ‘Machozi’ is also a slow song, reminding Christians to utilize their sadness on the right things. For example, Guardian suggests that Christians should cry when they see sin in the world instead of when they are going through hardships because God will fulfill His promises in their lives, in his own time.

The eighth track dubbed ‘Olwanda’ featuring Pastor Timothy Kitui is an upbeat jam delivered in Swahili and Luhya. The song is a special message to Christians reminding them that the secret to success is Jesus.

The ninth jam dubbed ‘Mungu wa Surprise’ which translates to ‘God of Surprise’, is a jam that celebrates how God surprises his people with blessings. Guardian delivers a message of hope to those who are about to give up, reminding them with some examples from the Bible like how God blessed Sarah with a son at an old age.

Lastly, the tenth track dubbed ‘Juakali’ takes us back to our Kenyan classical pop sound. ‘Juakali’ is a story told from a perspective of a young man who leaves the village to try his luck in the city but ends up being disappointed by people who lie and steal from him.

Guardian closes the album with one bonus track dubbed ‘Iwe Hivyo’ featuring Nakoche Mselah. In this song, the two talented artists announce that they will let God’s will be done in their lives.