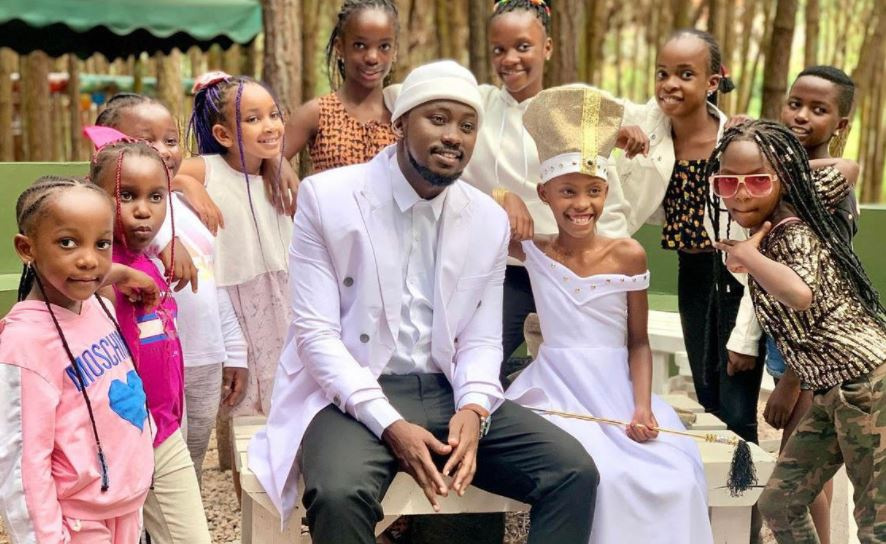 Celebrated Ugandan musician Levixone has teamed up with 9-year-old artist Rinic Jemimah on a new jam titled 'Lift Him High'.

In 'Lift Him High', Rinic encourages everyone who is burdened and facing difficulties in life to always turn to Jesus since he is the only answer.

On his part, Levixone narrates how far the Lord has brought him and how much He has done for him.

“Congratulations to my girl Rinic Jemimah. I'm so happy for you... I'm in love with everybody in this video and really miss all of them every day since we met. Thanks again Jemimah for connecting your fellow beautiful angels," Levixone said will sharing the song.

The audio was produced by renowned producer Nessim Pan Production, while the video was shot and directed by Zyga Phix from Virtual Media Studios.

It was shot at a tavern in the forest and Rinic being a nine year old, featured a number of children her age.

Levixone introduced Rinic a few weeks back, noting that she is a multi-talented artist who can sing and also play musical instruments like the guitar.

Levixone said Rinic was brought to him by her parents who revealed that she was her idol. He further noted that he is happy working with her since the industry doesn't have many young children doing gospel music.