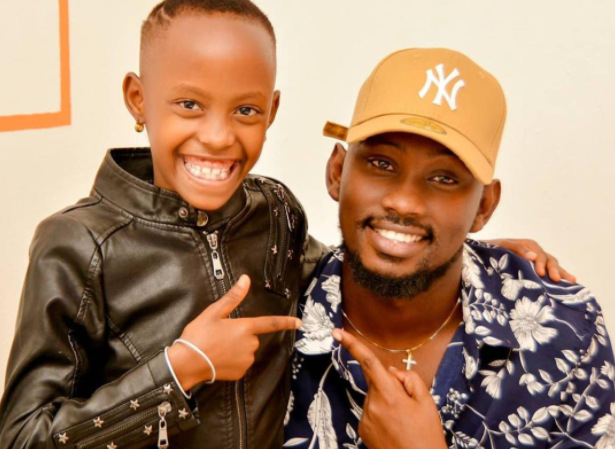 Levinone is reportedly working with 9-year old artists on a new song with set to be released soon.

"This child was not forced into music, she is an artist and I thank her parents for giving her this opportunity and push her dream. I encourage other parents to look up to her as an example," Levixone said.

Rinic is multi-talented as she can sing beautifully and also play instrument like the guitar among others.

Levixone says Rinic was brought to him by her parents who revealed that she was her idol. He further noted that and he is happy working with Kirabo since the industry doesn't have many young children doing gospel music.

"She was brought to my office by her dad who said she loved me so much. When I listened to her music, she sang so well and I fell in love with her songs. I believe in connecting, I loved her so much and we got together," Levixone said.