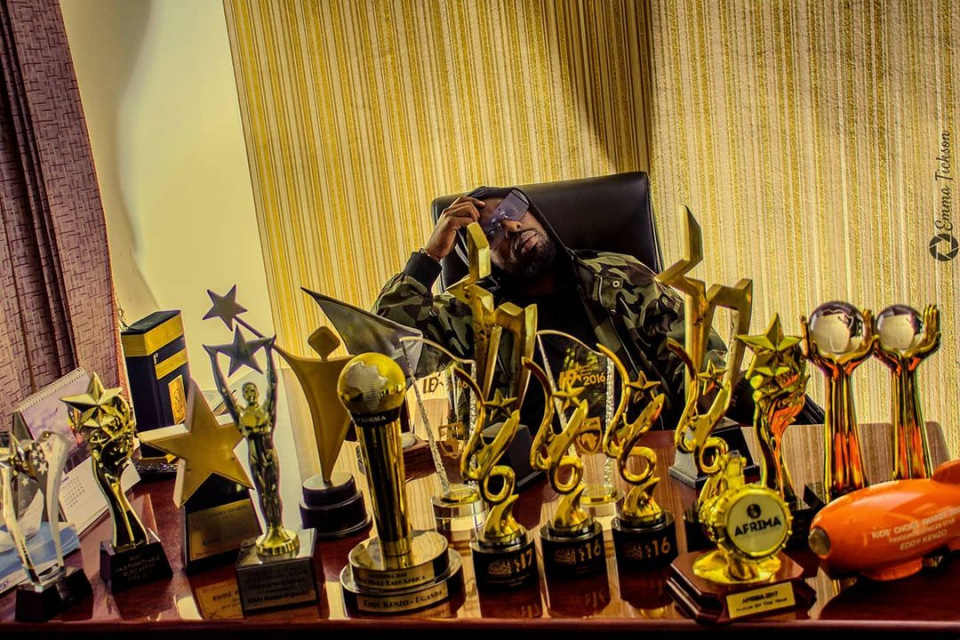 Uganda's gospel artist Levixone has showered Eddy Kenzo with praises, noting that he is one of the main reasons why Ugandans are being nominated for international awards all over the world.

According to Levixone, when the Eddy Kenzo broke through the international scene, he marketed Uganda and the World started paying attention to the country’s music scene.

"I thank God for Eddy Kenzo because he done a lot in paving way for the rest of us. He is known globally and maybe he is responsible for that light and people to start paying attention to what is happening in Uganda. Maybe that is where they picked me from.

"I was so surprised when I got nominated during lockdown. At least different countries have started noticing us; not only the main stream artists but in gospel music too," he told Spark TV.

Levixone's statements come a few days after Eddy Kenzo and him were crowned the Global Male Act of the Year and Global Gospel song of the Year respectively in the recently concluded Global Music Awards Africa held in Ghana.

Kenzo is a BET award winner and is known globally for his songs such as Tweyegale and Sitya Loss among others.