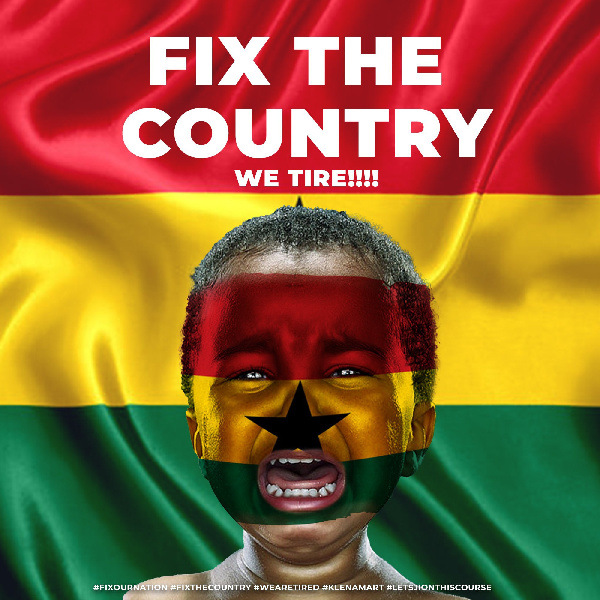 The ongoing Ghanaian online Twitter campaign dubbed #FixTheCountry is currently the trending thing attracting celebrities of every caliber. The latest group of artists who have joined to support the online campaign that calls upon the government to improve its netizen's living conditions are Reggie Rockstone, Rex Omar, and Sammy Flex.
Different artists have different opinions on the campaign. While some musicians like Rex Omar describes it as “a call in the right direction," Others such as radio presenter Sammy Flex have described the campaign as ‘a wake-up call to political leaders.’

According to Rex Omar, the campaign must take a non-partisan approach so that the government will take things seriously.
Speaking in an interview on Class91.3FM's weekend entertainment show on Saturday, 8 May 2021, Rex Omar said: “The youth of this country have been neglected for a long time now, and it's time to heed to their call… As a country, we have all it takes to fix ourselves and fix the country as well’’.
Similarly, Sammy Flex said that several online campaigns did not catch the country's attention, like the ongoing #FixTheCountry Campaign; hence, it should be seriously looked into by the government.

“There is no good time or right time for this. Anytime one feels that they are not being taken care of, you have to talk about it. This is the right time to act because everyone is affected”, he told the show host Nana Kwesi
Addressing the same issue, hiplife musician Reggie Rockstone advised the citizens to stop pointing fingers at the government if they want their grievances to be addressed.
“Pay attention to the real issues. Stay away from the pettiness, the finger-pointing and the social media trolling. It is useless,” he said.