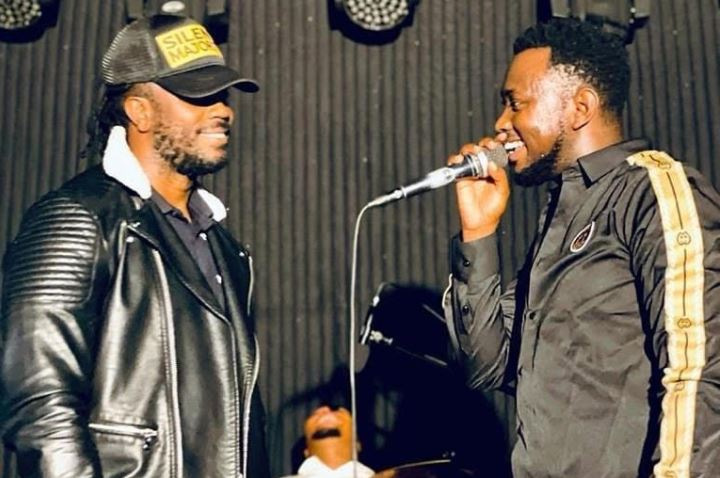 Levixone had a live band performance at a popular hangout joint and before he could step off the stage, Bebe Cool made a surprise appearance while he was performing his hit song 'Chikibombe'.

The crowd went crazy as the Gagamel boss performed together with Levixone, also giving a short freestyle on Levixone's beat.

In an interview, Levixone couldn't hide his excitement saying he started supporting and listening to Bebe Cool as early as 13 years, adding that him gracing his stage was such an honor.

"I have known Bebe Cool for so long and I remember meeting him at 13 years old. I used to be their errand boy at the studio and it is a very big blessing. When I released my jam 'Nonya Omu' in my P.7 vacation, he gave a shout out to me and introduced me to the media. Since then he would invite me to his concerts. He is a vibe and I bless God for his life," Levixone said.

On his part, Bebe Cool was mesmerized by Levixone's talent and said it is now safe for him to think about retirement since he knows the music industry is in safe hands.