Rapper Naeto To Davido: 'I Knew You Were Going To Be A Superstar' 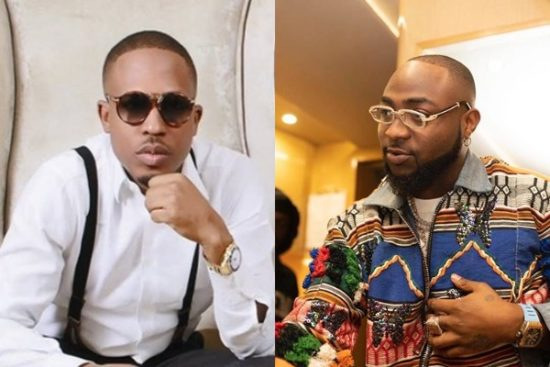 Nigerian rapper, Afrobeat artist and record producer Naeto C now says he always knew Davido was destined to be a superstar, ever since he met him.

In a tweet on his official Twitter handle, Naeto C said he was honored to be part of Davido’s story – who is celebrating 10 years in the music scenes.

“David, the moment I met you- I knew you were going to be a superstar. Honoured to be part of your story, and I’m so proud of the artist &man you have become. Here’s to many more years of success, breaking records and making history. Keep soaring bro! E choke til infinity! @davido,” he posted.

They worked on the album’s lead single ‘Back When’ that was released on May 7, 2011.

Produced by Davido himself, the song recorded in London received frequent airplay and its video directed by Clarence Peters was uploaded to YouTube on May 9, 2011.

Born in Atlanta, Georgia (U.S.A), but brought up in Lagos, Nigeria, Davido started producing music since the tender age of 13.

After a few self-taught lessons in various studios, he began to explore the depths of music while in high-school as a member of a minor music group.

Keeping his eyes firmly on the ball, Davido began lending his talents to many up and coming artists based in Nigeria including Dammy Krane, NPZ and more, truly defining the Afropop and Afrobeat sounds.

Today, Davido, 28, is one of the most influential artists in Africa

3 New Naija Songs To Listen To This Week: Ladipoe. Yemi Alade and More