New Songs Ghana: KiDi Out with a New Song ‘Touch it’ 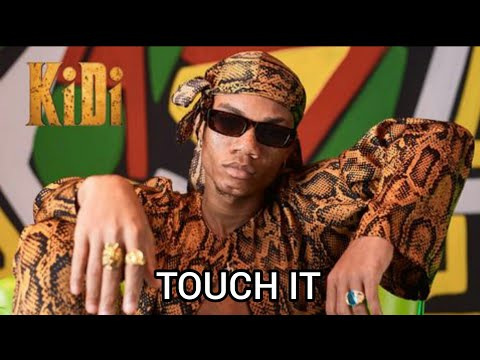 Highly celebrated Ghanaian high-life and afrobeats songwriter and singer Dennis Nana Dwamena, popularly known in the music circles as KiDi, has released a new song dubbed ‘Touch it.'
The Lynx Entertainment signee has started the month of May by giving his fans a taste of what they should expect from his yet released 14 tracks album scheduled to be released in June 2021. The song that premiered on Thursday 6th 2021, has received considerable views on Youtube.

Earlier on, the 27 years old ‘Say Cheese’ crooner decided to follow the steps of his label mate Kuami Eugene by changing his look. Perhaps the change in his look was a way of preparing for the release of his highly anticipated album 'The Golden Boy'. Dying his hair grey and adding to his tattoos gives him a new look that left his fans drooling on his twitter page.
The new song is off his forthcoming second LP studio album and it features Patoranking, Kuami Eugene, and other renowned musicians. The song is the first that he has released off his much-awaited album.

Since he embarked on his music career, KiDi has consistently delivered high-quality songs to his fans. He has won several awards, including the recently held 3Music Awards, where he won the artist of the year award, and the 2020 VGMA awards where he won the album of the year award with his album 'Sugar.'
Listen to the song on Youtube
https://www.youtube.com/watch?v=34SVMrIU1N8