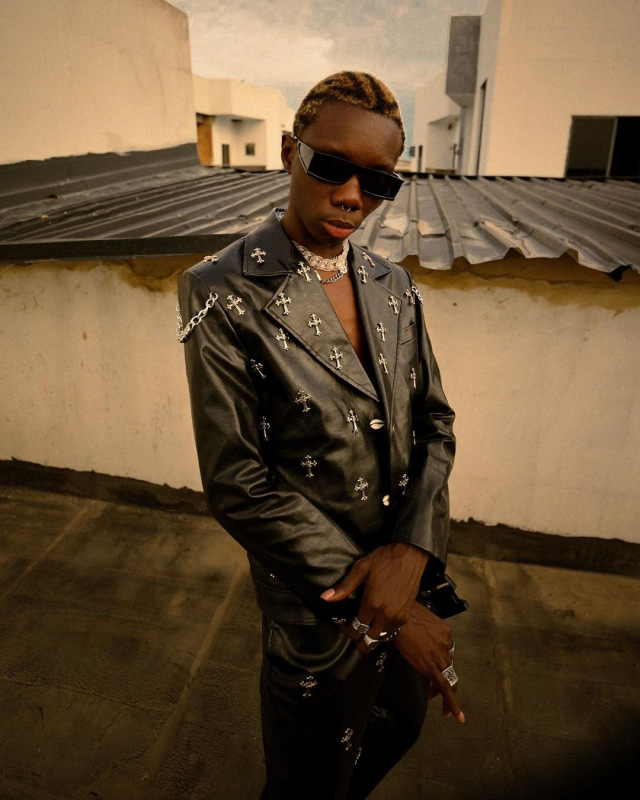 Chocolate City rapper, Blaqbonez now simultaneously has the number 1 song and number 1 album in the country according to the Nigerian Apple Music charts.

Blaqbonez released his album Sex Over Love album exactly a week ago and in barely 24 hours the album became number 1 in the country, a position it has retained ever since after displacing Wizkid’s Made in Lagos album for the spot.

Blaqbonez has since been on a relentless social media campaign for fans to continue streaming his song “Bling” so he can move to the number 1 spot, a position occupied by Burna Boy’s new song Kilometre. Today, his hard work paid off and his record Bling is now the number 1 song in the country at the moment.

An excited Blaqbonez took to his social media page to share the excitement, accompanying it with a trademark funny video clip just like he does every other time to promote his material.

Blaqbonez is one Nigerian artiste who persistently continues to push his releases. His self-promotion strategy has earned him a lot of fans and just as the aim is also has exposed his music to new listeners.

Having the number 1 song and number 1 album in the country at the moment is one feat only big artistes in the country get to achieve and Blaqbonez has scored this achievement in just a week of releasing his debut album. The only way for the rapper now to go is way up.

You can stream Blaqbonez’s Sex Over Love album via your preferred digital platform HERE.