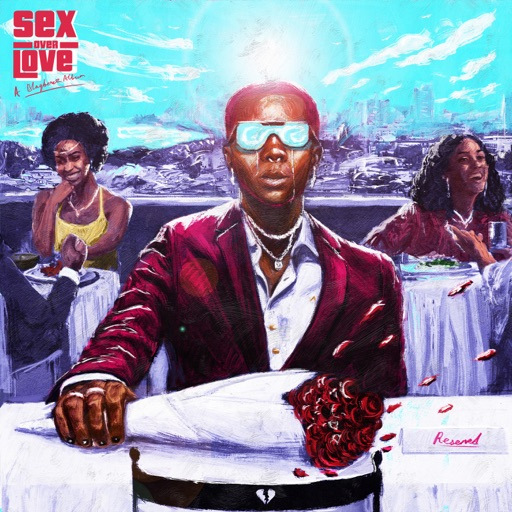 The Chocolate City Rapper built proper excitement for the album with the singles he dropped off the LP. Haba, BBC Remix and Bling gave fans an idea of what to expect from the project and on this one, Blaqbonez is all about diversity, switching between different themes and sounds over the course of the album.

The 14 track project has a number of high profile features with Nigerian afrobeats queen, Tiwa Savage, Joeboy and South African superstar rapper, Nasty C amongst artistes enlisted for the project.

Blaqbonez’s sound has matured over the years and that has been made evident with the quality of music on this LP. Until now, Blaqbonez had released 3 projects in form of an extended play and yes he was just ripe to serve a full LP.

In under 24 hours of release, Blaqbonez’s Sex Over Love is already occupying the number 1 position on Apple Music’s Top 50 Naija albums.

Quality over hype they say but Blaqbonez’s music comes with the hype and quality. Definitely a weekend vibe, this project will surely do numbers.

Listen to the new Blaqbonez’s Sex Over Love via your preferred digital platform here - https://blaqbonez.lnk.to/SexoverLove