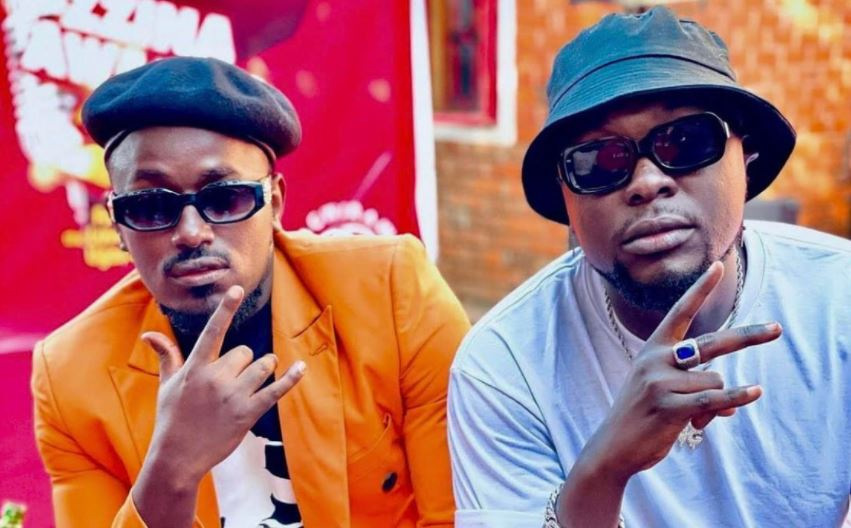 Ugandan Luga flow rapper Victor Kamenyo has hailed Ykee Benda for training Dre Cali and promoting his music to an extent that he is a now a top musician in the country.

Dre Cali is signed under Ykee Benda’s Mpaka records. He (Dre Cali) had his major breakthrough in 2020 and has been consistently releasing new music and featuring in several collabos.

While nurturing his signee, Ykee Benda at one point put his music on pause and concentrated on promoting projects from the young artist.

Speaking during a recent interview, Kamenyo appreciated Ykee Benda’s efforts noting that the industry needs such mentorship for it to grow.

"We have seen many struggling artists and most of them give up. But Ykee Benda sacrificed it all and helped Dre Cali to a point of getting his first award. It is so inspirational but in Uganda, most people want to sit around as bosses and have these young artists follow them around like body guards. But it is special when someone contributes to build the industry and not be selfish," Kamenyo said.

In the recently concluded Zzina Awards, Dre Cali walked away with two awards proving that he has grown to be a top artist in the country.

"This has continued to show that Ykee Benda is a good person who so much wants his son to succeed more than him right now," Victor Kamenyo told BBS TV.