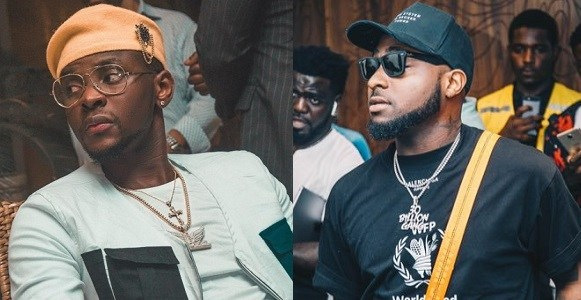 In this first week of May 2021, we have had a couple of new songs and projects released by various Nigerian artists – from Laycon’s ‘Shall We Begin’ debut album, Blaqbonez’s ‘Sex Over Love’ to new singles from Burna Boy, new-look Chidinma, and Adekunle Gold.

There are also a couple of new music videos from the likes of Davido and Kizz Daniel.

Here is a look at the 5 top trending new Naija songs this week;

This is a single off Kizz Daniel’s ‘No Bad Songz’ album. The song’s official music video was recently dropped, and has fast become among the fans’ favorite, ranking among the Weekly Top 10 Songs on Mdundo Nigeria chart at #3.

After a long silence, Chidinma recently returned to the music scenes, but this time round a changed person – now referring to herself as a gospel minister.

She dropped her first single as a gospel singer, dubbed ‘Jehovah Overdo’ – a mellow groovy song of praise that testifies to God’s great works in our lives.

The song is written and inspired by the Holy Spirit and personal life experiences – it is hence sung with befitting passion.

It Is What It Is – Adekunle Gold

It was released on April 30 as the first single from Adekunle Gold in 2021.

It is a mid-paced, and cool Soul/R&B single in which the Nigerian Highlife singer says he cannot be disturbed.

This is a Chopstix-produced single that offers some good blend of street beats and dancehall, alongside the towering deep voice of the African Giant.

‘Kilometre’ is the first solo single from Burna Boy since he released the award-winning ‘Twice As Tall’ album in August 2020.

‘La La’ is a song housed on Davido’s ‘A Better Time’ album released in 2020. It is among the top trending songs this week because of its football-themed visuals that were dropped on April 29, 2021.

The video is still trending on YouTube and it currently has over 2.2 million views on the platform, in just under 4 days.