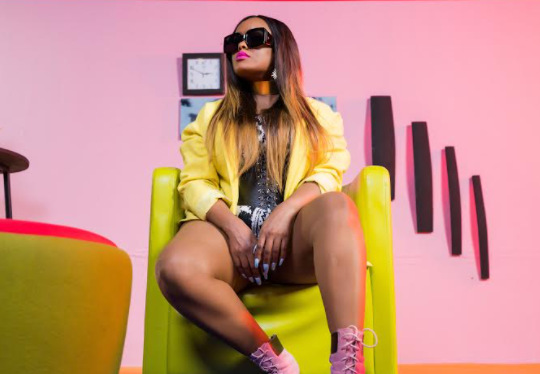 ‘Spirit’ album is a sensual and calm storm of emotions in a universe plagued by unrequited love, coexisting, battling, surviving, and finding your inspiration, love and happiness.

The first track on the album ‘Low’ which features Mbithi; is a groovy RnB jam fused with rap. It tackles the issue of keeping a relationship low key to avoid bad omen.

‘Promise’ which is the second track on the album is a slow acoustic jam about promises that are set by couples as they embark on their journey together. The video for ‘Promise’ which premiered two months ago has been doing well on YouTube and currently has over 372,000 views.

The third track ‘We Na Mi’ is an upbeat jam where Avril professes her love for her lover, promising to stick with them forever.

The fourth track ‘Your Song’ is a soulful jam filled with haunting lyrics which are delivered by Avril to one specific special person.

Savara; a renowned artist who doubles up as a member of Sauti Sol features in the fifth track which also doubles as the album title ‘Spirit’. The jam is about loving a person at a spiritual level, which creates a feeling of perfection.

‘Gikeno’ is the sixth track in the album and the second song to have a released music video on YouTube. ‘Gìkeno’ which is performed in Kikuyu, Swahili and English is an upbeat song about the happiness one derives from being in love.

The seventh track ‘Tumpambe’ is a gospel song about giving all the praise and glory to God.

Following at number eight is ‘Love Song’ dedicated to her son, whom she praises for giving meaning to her life.

Renonwed rapper Khaligraph Jones features on track nine dubbed ‘Just Go’ which touches on the common back and forth process during emotional break-ups.

In the tenth track dubbed ‘Vibes’, Avril takes us through the initial euphoria you get when you are getting to know someone for the first time.

Pryshon features in the eleventh track ‘Clown’ which is an upbeat jam about being a clown for love. ‘

Don’t Go’, which is the twelfth jam, is a reggae song where Avril asks her love not to walk away from the relationship, so that they can try to fix what is broken.

Last but not least is ‘Pressure’ featuring Ssaru. ‘Pressure’ is a hip hop jam where Avril and Ssaru expound on lovers who bring difficult standards to a relationship which end up pressuring their partners.