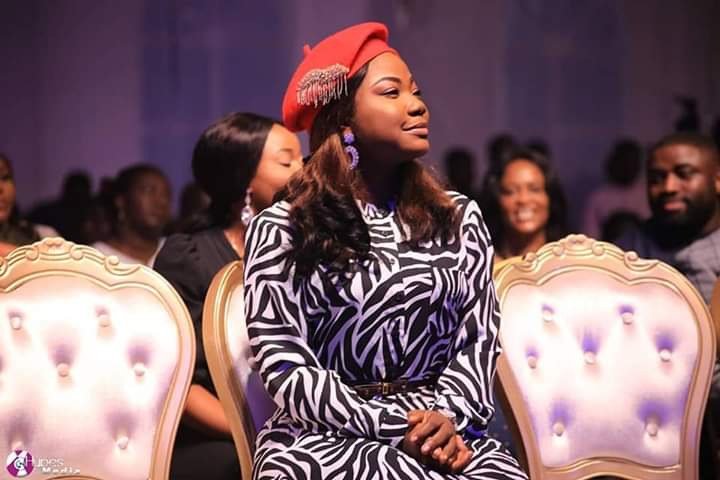 Popular Nigerian gospel singer Mercy Chinwo has been nominated for a record 7 different categories in the Maranatha Awards (M.A.USA) 2021.

The singer known for her hit single ‘Excess Love’ shared on her Instagram account a list of categories that she has been nominated for, in the awards.

Top on the list is the nomination to the category of the Outstanding Female Music Minister - Africa.

Her 2020-released sophomore album ‘Satisfied’ was nominated for the Album of the Year – Africa, while ‘Eze’ a song Mercy Chinwo teamed up with Preye Odede got a nomination for the Outstanding Gospel Collaboration Song – Africa.

Other Nigerian gospel musicians who were nominated in different categories include Sinach whose latest album ‘Greatest Lord’ was listed for Album/EP of the Year alongside Chioma Jesus’ ‘Chiomalized’. 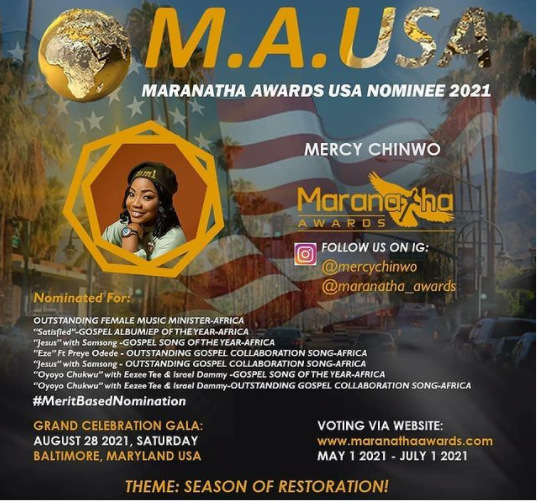 Online voting for the nominees is set to be opened from May 1 to July 1, 2021 with the grand celebration Gala scheduled for August 28, 2021, at Baltimore, Maryland in the United States of America.

In the 2020 Maranatha Awards, Mercy Chinwo had 6 nominations out of which she won the Best Female Minister – Africa Category.