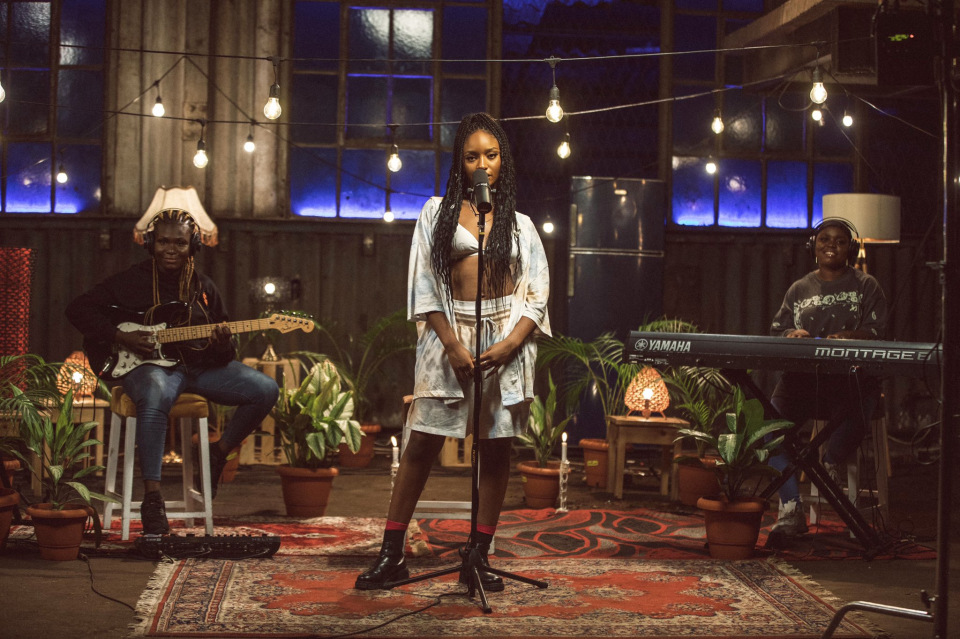 This is after a music video for her hit single 'Away' surpassed 3 million views on YouTube, making her the youngest female Afrobeats singer to achieve such a milestone.

In a notification to its fans about the new achievement, her record label - Mavin Records tweeted "@ayrastarr Away music video has now hit 3 million views on @YouTube Keep watching #bts."

'Away' is a lead single for the Ayra Starr's self-titled debut 5-track Extended Play (EP) which she released hours after she was officially unveiled at Mavin Records by label boss Don Jazzy in January 2021. 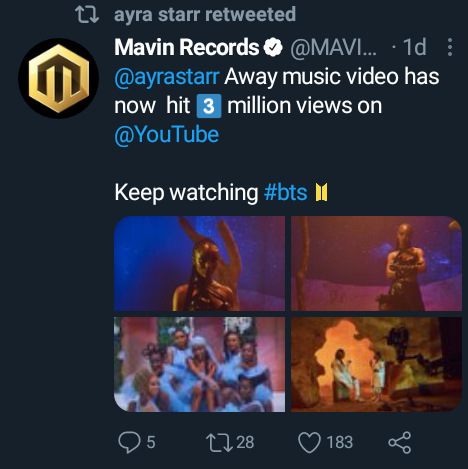 The song's official music video was released on the same day the EP was dropped - January 22, 20121.

In an interview with Apple Music, Ayra Starr described 'Away' as her own "personal fight song".

"I would just sing it to myself in my room when I was feeling down. Half of the song was a freestyle. It was like therapy. When I wrote the song, everything just came together—stories and experiences. I put that in the song, and I wanted people to take power from it. Like, ‘I feel better about myself. I feel more powerful. Everything that I’m fighting, I feel better about it," she noted.

Ayra Starr is set to release a second music video off her debut EP for the single 'DITR' on Wednesday, April 2, 2021.

Apart from being a singer and songwriter, the 18-year-old rising star officially known as Oyinkansola Sarah Aderibigbe is also a model.

Ayra Starr was born in Cotonou and began posting cover songs on her Instagram page at age 17.