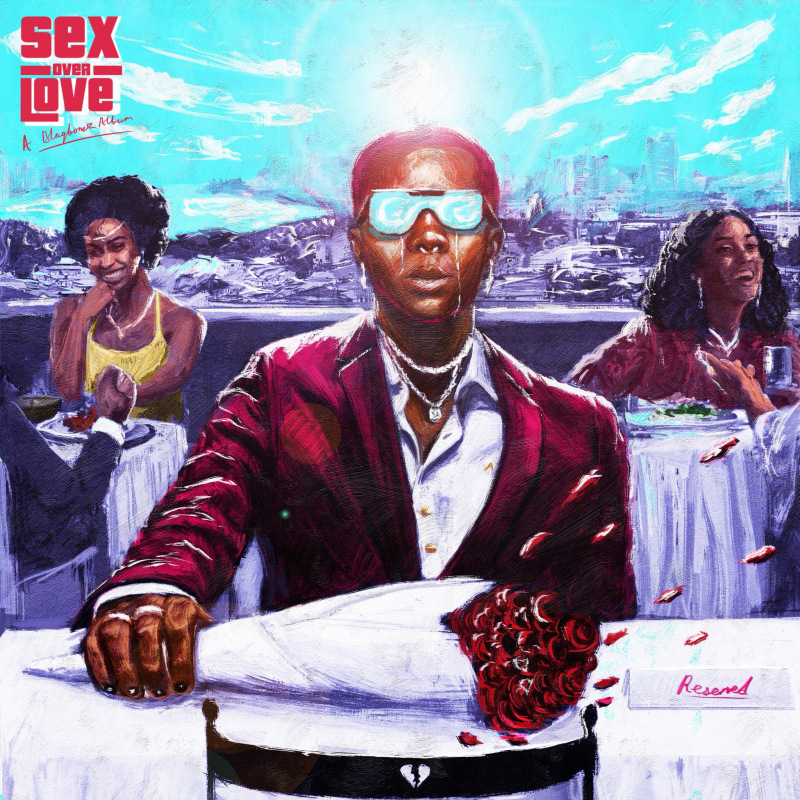 Nigerian rapper Blaqbonez has shared a full tracklist of his upcoming debut album ‘Sex Over Love’ set for offiil release this Friday.

In the album, expected soon, the rapper signed to 100 Crowns, an imprint of Chocolate City, will feature among others Joeboy, Tiwa Savage, Cheque, Laycon and Nasty C.

Other artists also set to be featured in the album include Buju, Amaare, 1DA Banton, AQ and BadboyTimz.

Burna Boy Shares Snippet on Next Single Coming This Week

The album will house 13 tracks including recently released 'Bling' and one bonus track, his hit single ‘Haba’.

Production works for this album were done by Beatsbyjay, Type A, Blaise Beats, Spaxx, Xquisite beats, and Tuzi.

While sharing the tracklist, alongside with the album cover, Blaqbonez said; “This album is my own gospel, its wild, it’s provoking but its mine. Here’s the Album cover & Tracklist ‘Sex Over Love’ out this friday!"

Here’s is the full tracklist for the album; 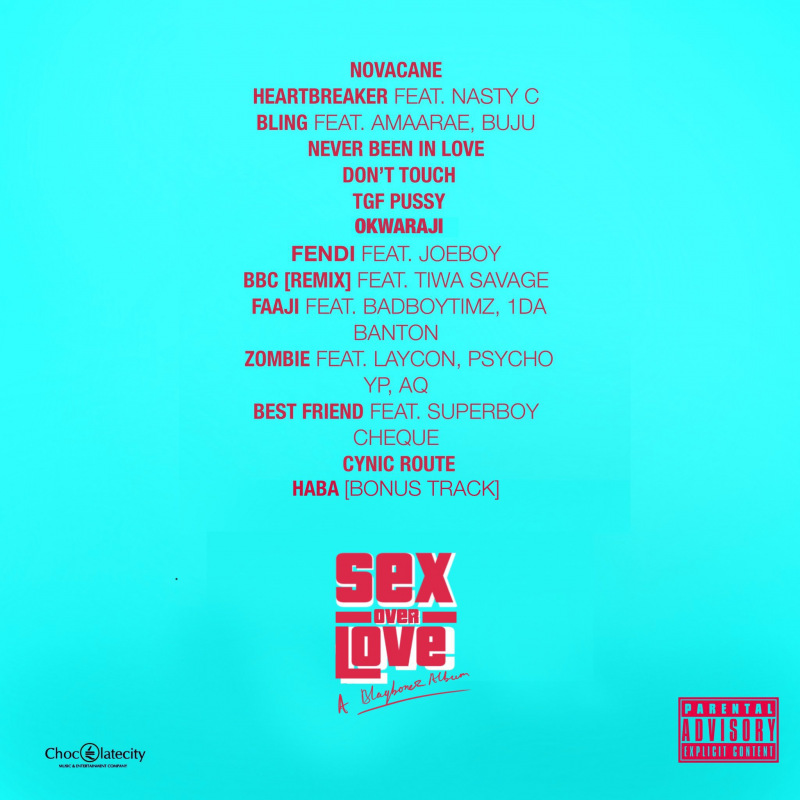 Blaqbonz is famous for his musical beef with Kenyan rapper, Khaligraph Jones.
In 2019, he was profiled by The New York Times as one of the new guards of Nigerian music.

The rapper is widely known for his controversial self-proclaimed status as the ‘Best Rapper in Africa’ (abbreviated as "BRIA"), which became the most talked about topic in the Nigerian hip hop space between July and September 2019. 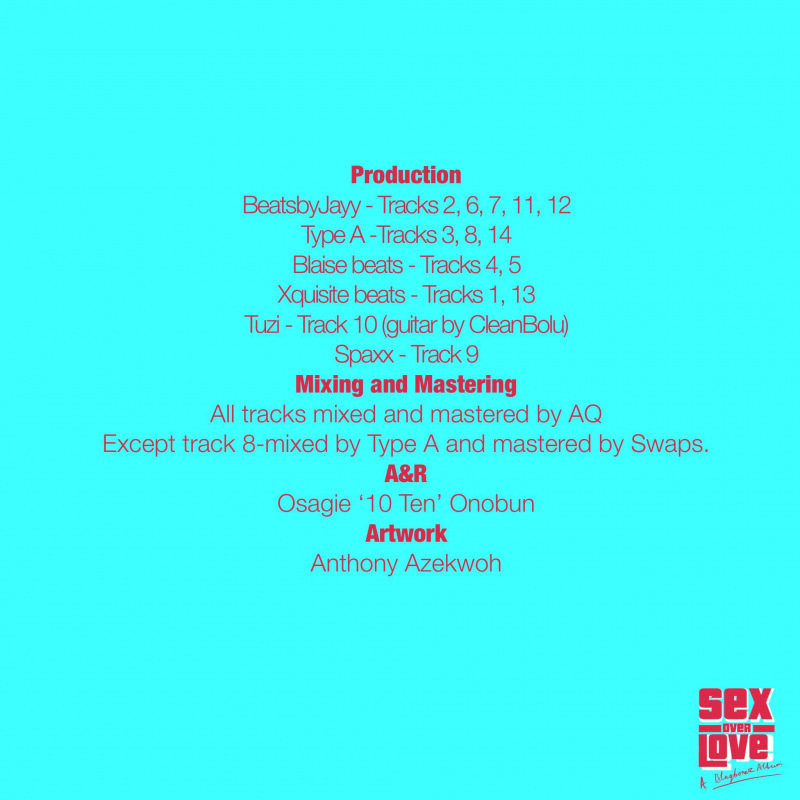