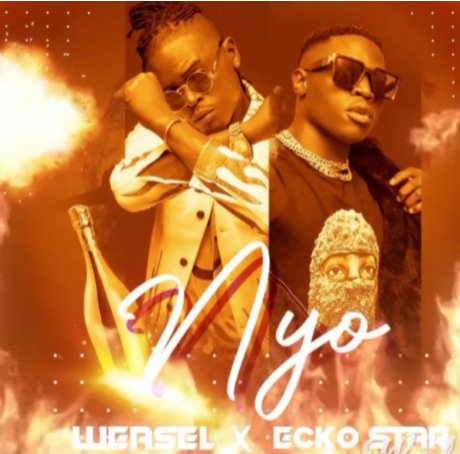 In 'Nyo' (loosely translated from Luganda to mean 'Too Much') Ecko Star and Weasel narrate how they do everything in excess; the music, their lifestyle and women.

They brand themselves as top Ugandan artists who have the ability to do music in different styles.

Meanwhile, Weasel is currently flying high with his recently released single dubbed 'Ebyakabi' and has already announced plans to release another song soon.

In addition to the singles, Weasel is also putting together an album that is expected to be released later this year. He says the album will feature top local and international artists.

The album is expected to cement his comeback to the music industry as a solo artist; three years after the death of his music partner Radio Mowzey.

O his part, Ecko Star is a Ugandan singer and songwriter who specializes in dancehall, Afro, Ragga and is known for songs like Summy Mummy, Nkukwateko, Laila, We Don't Rush among others.

Through this collabo, Ecko Star is hoping to gain more fans and build his brand across Uganda and the East African region.