Karole Kasita Distances Self from Nudity Claims in her Videos 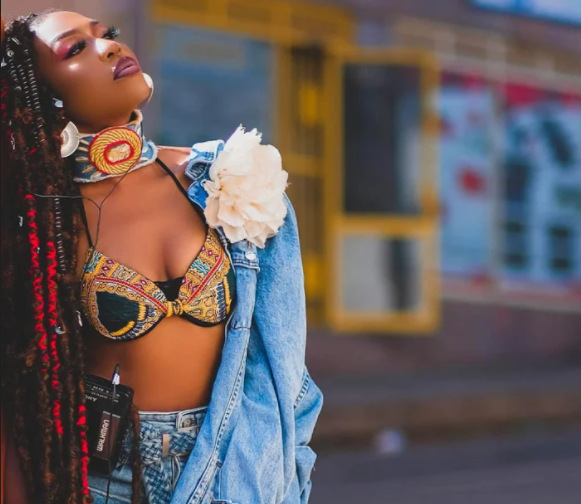 Renowned Ugandan musician Karole Kasita has defended her music videos from claims that they harbor too much explicit content that’s not appropriate for all age groups.

Recently, a caller during her radio interview on Sanyu FM called her out (together with other female artists) for allegedly promoting nudity through their songs.

The fan claimed that some of her songs are too explicit to be played around children.

In her defense, Karole Kasita noted that she always endeavors to produce music that is accepted to all age groups.

Regarding her videos, Karole Kasita noted that she tries her best to filter out explicit content since media houses in the country do not play videos with inappropriate scenes.

"I don't know which particular song has the sexual content at this particular time. Maybe what I sing (the lyrics) because in the videos, I try so much to stay as decent and viral as much as possible. This is because our media censors videos a lot and they will refuse to play certain video because it is indecent so I try so much not to go that direction," she said.

Karole Kasita is currently flying her with her latest release dubbed 'BaBa (Burn) that has dominated media outlets and music charts.