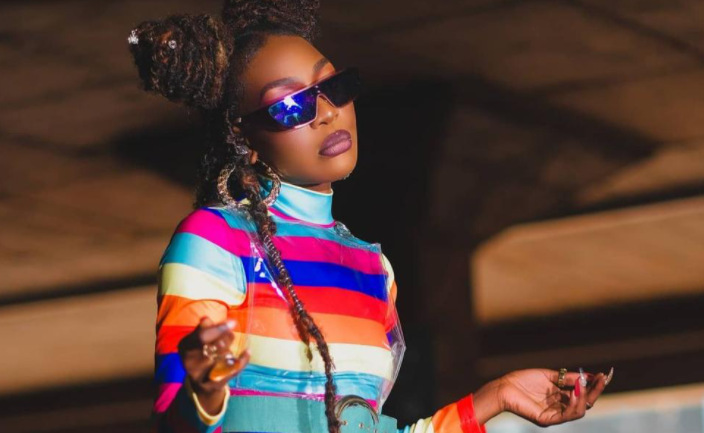 Renowned Ugandan musician Karole Kasita has opened up on her upcoming projects, stating that she is working on a series of collabos with top artists from across East Africa.

While premiering her new single 'BaBa Burn', Kasita said she plans to bring together her fans in the East African region through her new music.

Read Also: No One Can Stop me from Doing Music, Pallaso Says Amid Concert Ban in Uganda

"I'm working with artists in Kenya, Tanzania and Uganda. I have been working with people outside too but right now, I'm focusing on East Africa; top collaborations in particular,” she said during an interview with Sanyu FM.

She, however, declined to give details on the artists she is working with and when she’ll drop the projects.

"This corona thing is here so I can't give a time frame because a lot can go wrong including lack of finances," she divulged.

Karole Kasita is currently flying her with her new single single 'Baba (Burn)' that was received well by music lovers across the country.

The song was produced by Artin On The Beat and is ideal for a night out. The video was shot and directed by Sasha Vybz and features a cameo appearance by Ugandan songstress Spice Diana.