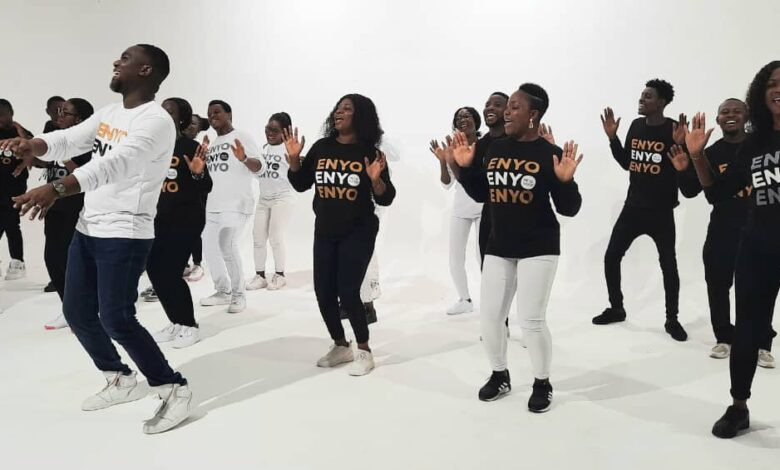 Ghanaian Multiple award winning gospel artiste Joe Mettle has been featured by the Bethel Revival music group Choir on a new song titled “Enyo” which means “He (God) is Good” in the ewe dialect.
While it’s not the first time the two music giants have collaborated, their new song is set to be released towards the end of the month of April 2021. A similar collaboration between the two parties took place in 2018 when the group featured Joe mettle on two of their songs namely the Ewe Praise Medley (widely known as “Vovome”) and Mawu Gbagbe all on their ground breaking Akpe Album.

Despite the challenges that have been posed by the covid-19 pandemic since last year-2020, the group has been actively producing new music. The group was able to release 2 songs last year. The “Revival” was released in November 2020 and the “Agbadza Gospel Medley 2” was also released in December 2020.

Other top artistes who have done collaborations with the award willing gospel group include popular dancehall Ghana artiste, StoneBwoy on a peace song “One People, One Nation”.
The upcoming song by Bethel Revival Choir featuring Joe Mettle is expected to be a hit just like the other two collaborations that they have done previously.