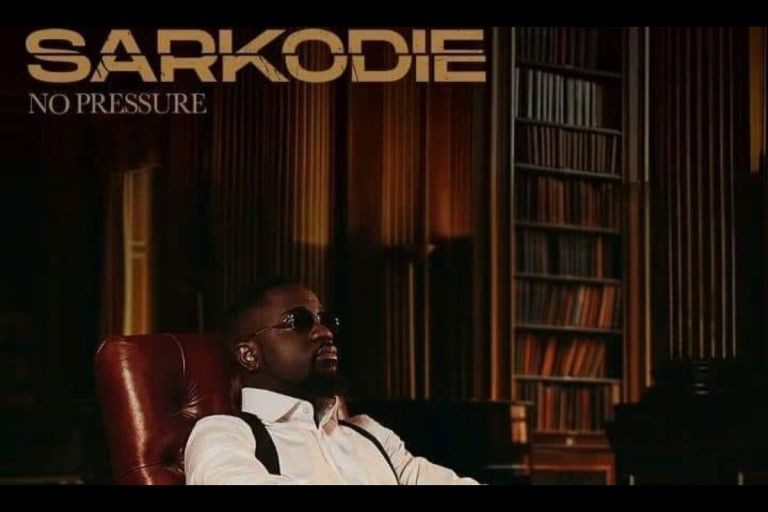 Renowned Ghanaian rapper Michael Owusu Addo known professionally as Sarkodie, has announced his upcoming album titled ‘No Pressure’. The classy award winning rapper made the announcement in a classic way, which is usually his style.
The successfully musician made the revelation that he was going to release something for his music lovers before he travelled out of Ghana to the U.K, to have his grills fixed on his teeth. He went on to share few photos from recording sessions on his Instagram page.

Nonetheless, the award winning rapper further shared a video of the moments a photo was shot for the album cover for his new project. He wrote "SarkCess music x @ceekvr presents my new Album “No Pressure”".
According to the rapper who has won the most number of awards in Ghana, his 'No Pressure' album executively produced by "Michael Owusu Addo (himself) x KJ Spio" will be out on "09 - 07 - 21".

The album will become the rapper's 6th studio album and 7th in total when his live album "Mary" is added. Sarkodie last released an album was in 2019 when he dropped his "Black Love" project in December that year.Other albums by the artiste include; "Highest" (2017) "Sarkology" (2014) "Rapperholic" (2012) and "Maakye" his first, released in 2009.