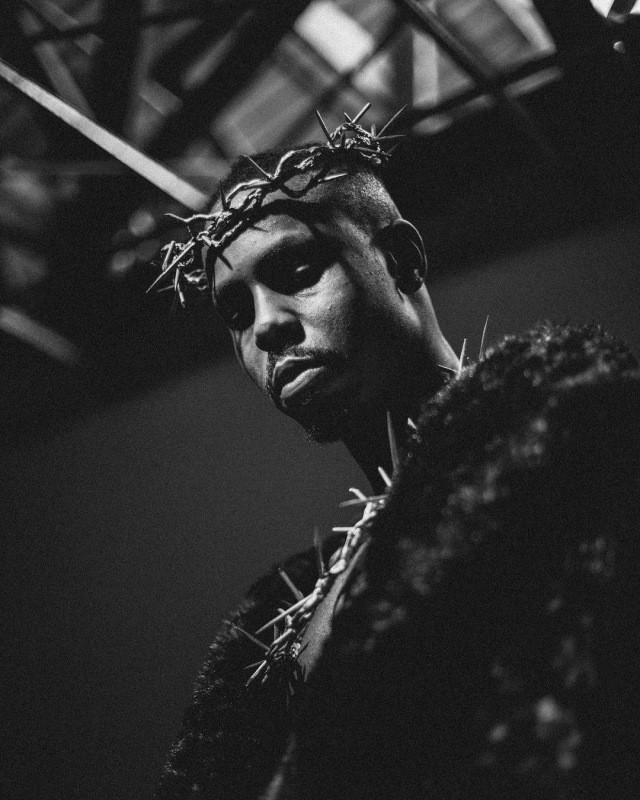 Mavin Records rapper, Ladipoe has announced himself as the Rap Messiah of Africa. This was backed up with a two minute freestyle record he titled Rap Messiah which now with the visuals is available on all digital platforms.

Ladipoe the self acclaimed “Leader of the New Revival” is taking no prisoners, he is trying to make a big statement with this one that as the Messiah, he has come to save rap in Africa.

The Mavin Records rapper has sure rightfully earned his respect in the Nigerian rap scene but he’s not stopping at that, he wants the crown and doesn’t seem like he’d stop at anything to achieve this goal.

Rap Messiah is a heavy drill tune which starts off with his award recipient speech at the 2020 Headies awards were he won the award for the best collaboration for his record with Simi, Know You.

Just after that intro, Ladipoe goes off, dropping bars back to back with a smooth aggressive delivery that would keep you attentive all through the short two minutes listening time of the record. He is donned in an overall and a crown of thorn which he is using to show off his new status as the Rap Messiah of Africa.

You can check out the visuals for the record, Rap Messiah by Ladipoe here - https://www.youtube.com/watch?v=_Ro5vx0WkvQ