Otile Brown vs Masauti: Who is The King of Swahili RnB? 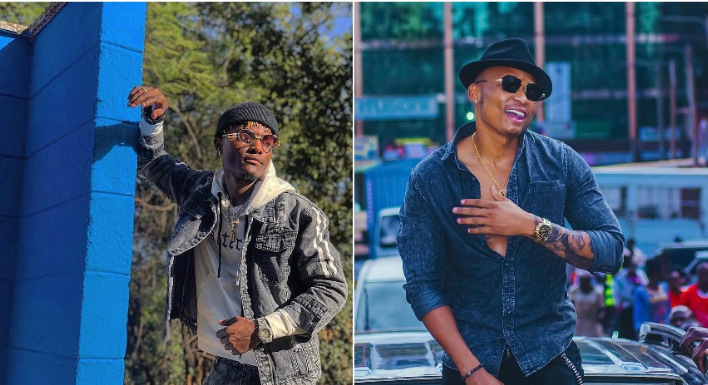 Swahili RnB is a special kind of music which ages like fine wine. To date, you can go back to ‘Chaguo La Moyo’ by Otile or ‘Foyu’ by Masauti and the emotive feeling generated will never change, if anything it gets better.

Otile and Masauti have spent quite some time growing up at the coast which has created a similar delivery in their music. Thanks to their success, many people have been comparing the two, with fans of each side insisting that their favorite artist is the best. In this article, we review some of their achievements over the past few years:

In 2019, Masauti won a Pulse Music Video Award under the Best Collaboration of the Year category, for his song 'Kiboko Remix' featuring Khaligraph Jones. Last year, he received the Silver Plaque from the YouTube Community for having over 100K subscribers on his YouTube channel. In addition, he was also nominated for the African Entertainment Awards, USA-2020(AEAUSA) under the 'Best New Artist Category'. On his part, Otile Brown has been nominated for several awards that include; Hipipo, Pulse and the Afrimma awards.

Last year, Otile made headlines after turning down his Afrimma Awards nomination where he was nominated for the Best Male Artist in East Africa Category.

Online streaming has become part and parcel of many artists in the world as they use different online platforms to upload their work. Masauti and Otile have both utilized YouTube to upload their music consistently due to its convenience with their fans. Both artists have accumulated millions of views on YouTube with Otile leading this category with176,824,561 views on his YouTube channel which premiered on 20 Apr 2016 while Masauti has over 24,220,263 views on his channel which started on 29 Jan 2013.

Social media channels have created accessibility to artists by offering a platform where communication is direct. Masauti and Otile have been using their Instagram to advise their fans on topical issues as well as updating them on their projects. Both have amassed thousands of followers with Otile leading with over 1.7 million followers on his account and Masauti having over 332,000 followers.