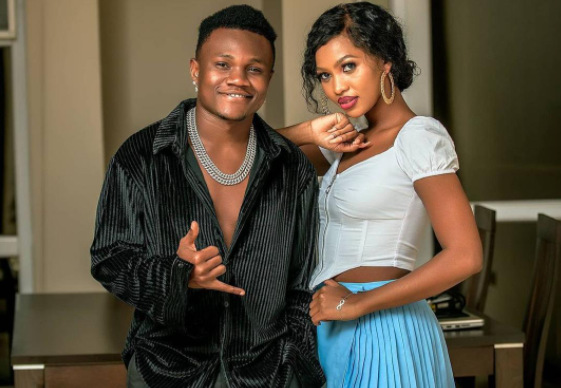 The Source Management singer recently traveled to Tanzania for the video shoot and dined with Diamond Platnumz and the entire Wasafi crew. She was able to do a media tour and other musical projects with artists she’s refused to disclose.

Speaking during a recent interview, Spice Diana opened up on how she secured the collabo noting that “Mbosso contacted me close to two months ago and requested me to feature on his new album. We did the audio of the song and his management requested me to fly to Tanzania for the video shoot.

“He was supposed to travel to Uganda but he was pushing this album and had video shoots back to back. Spice Diana says it was an all-expense paid trip by Wasafi Classic because it was their song.

"Diamond Platnumz also contacted me a day prior to my trip to Tanzania because Mbosso is his artist. He has to be involved in everything Mbosso does because he is his manager and sponsored the video," Spice Diana said.

Speaking after returning to Uganda, Spice Diana noted that she has learned a lot from the trip and is optimistic that she’ll be able to get more fans thanks to the project.

"Partnering with Wasafi added so much to my career. His 4 million followers vs my 1 million means I will be able to tap in his fan base,” Spice Diana told Spark TV.