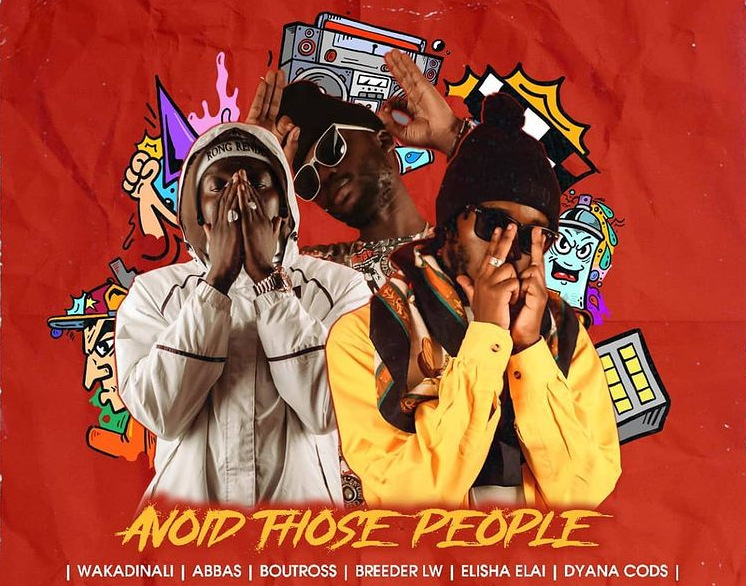 ‘Avoid Those People’ is a reflective jam about the kind of people that we should avoid in our lives.

The 8-minute 53-second jam gives an in-depth insight on people we should avoid by granting each rapper ample time, to shine and deliver their rap lyrics.

The main group of people to avoid highlighted in this hit include people who neither assist nor build you.

‘Avoid Those People’ was produced by Ching with Big Beats Afriq mixing and mastering. On the other hand, the creative visuals were directed and edited by RangoM.

‘Avoid Those People’ has resonated with a lot of fans who took to Twitter to trend the #AvoidThosePeople at number one as they shared their perspective and added to the other groups of people who they believe should also be avoided.

In addition, the jam has been received well on YouTube and currently has over 31,000 views in just a few hours.

Meanwhile, ‘NyaraNyara’ by Wakadinali which dropped four months ago is still a fan favorite with over 754,000 views on YouTube. ‘NyaraNyara’ is an upbeat hip-hop jam delivered in Sheng’. The jam gives three perspectives of young people enjoying life with a golden spoon.