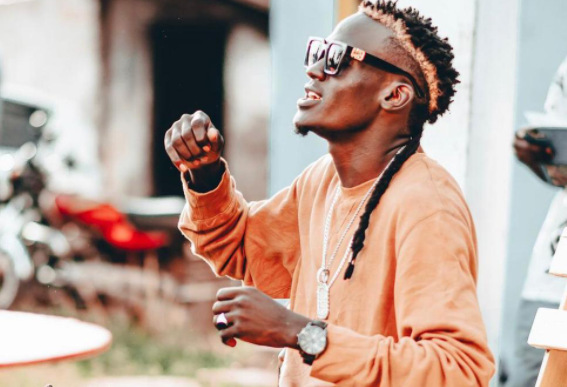 Fast-rising Ugandan artist Mudra D Viral dismissed claims that his latest single 'Onkosa' plagiarized some of it verses from a Jamaican song.

When Mudra released 'Onkosa' in February, some fans accused him of lifting a distinctive chorus from Jamaican dancehall reggae artist Red Rat's popular club banger 'That Girl (Shelly Anne)' that dropped in the 2000s.

Speaking during a recent interview, Mudra rubbished the plagiarism claims, noting that he borrowed some aspects of the Jamaican song and twisted it to suit his style.

"I call that creativity. Even in America, they still use that music from Jamaicans, same goes in Nigeria and it is okay. Copying from old school is better than doing it in new school. I got it and twisted it to my own style," Mudra said.

In 'Onkosa', Mudra uses highly explicit lyrics as he addresses several trending topics in the country.

The unique dancehall song was produced by D' Mario from Legend Production UG and mixed and mastered by renowned producer Artin Pro from Extra Nation. The video was shot and directed by Zyga Phix from Virtual Media Media.